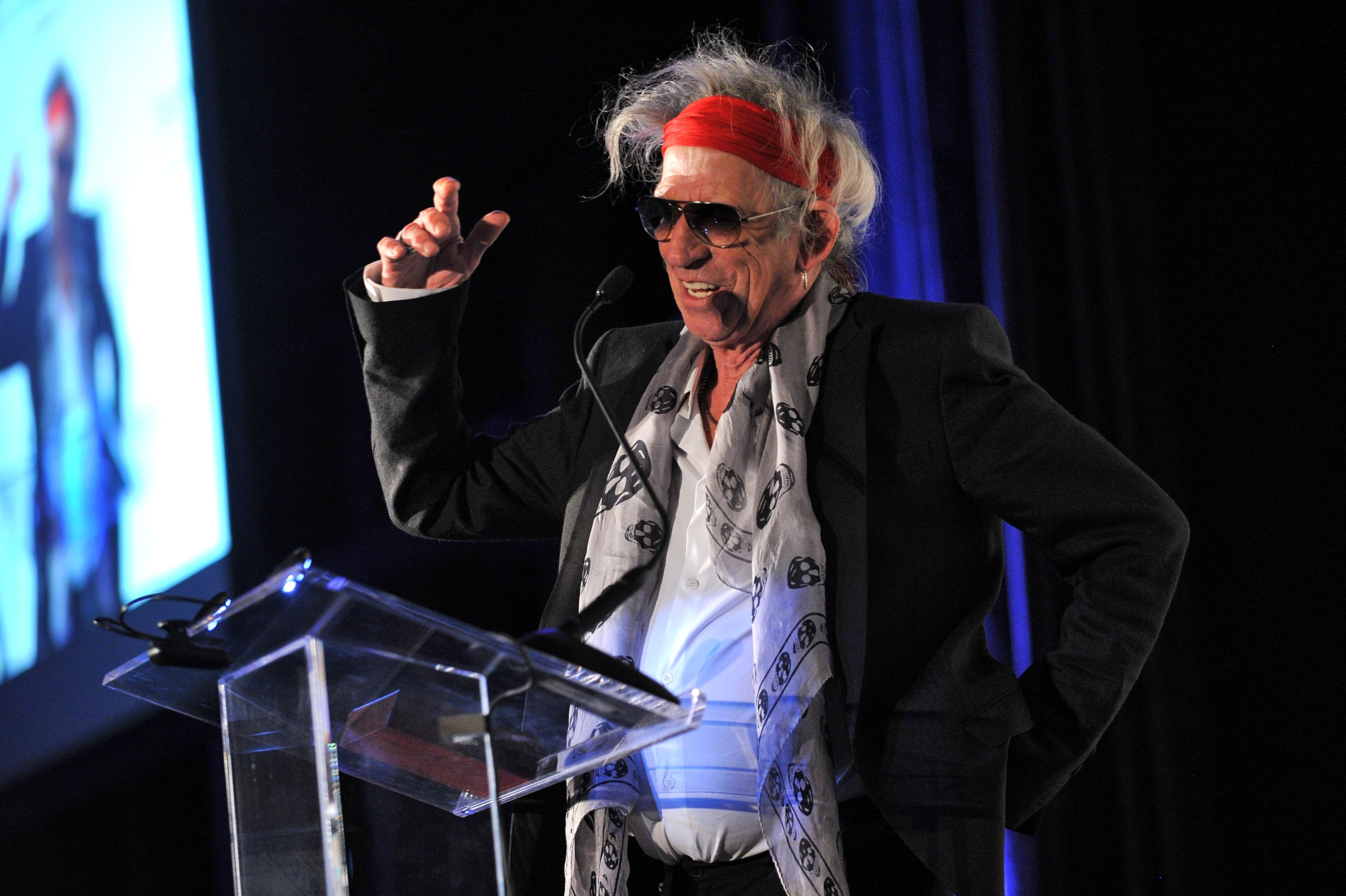 On Tuesday night, the 67-year-old Richards accepted the Mailer Prize for Distinguished Biography for his best-selling memoir "Life," in his own inimitable style.

"This is one for the books, if you get my drift, you hacks," the 67-year-old Rolling Stones guitarist told a hotel ballroom full of writers, peppered with such celebrities as former President Bill Clinton, who introduced him, octogenarian crooner Tony Bennett and fellow honoree and Holocaust survivor Elie Wiesel.

The son of a factory worker who became one of Britain's rock 'n' roll stars, Richards could have been heading to one of his band's arena concerts, dressed as he was in tinted glasses, with a long scarf wound around his neck and a trademark red do-rag around his sprawl of salt-and -pepper hair.

Addressing a roomful of guests in gowns and suits, he chuckled, swore and reasoned that since he had been writing songs since age 16, his appearance at a literary event was not a total "intrusion."

"You've heard from some incredible people about some serious stuff," Richards acknowledged, before bringing the subject to his own demons, his longtime heroin addiction. "The only serious stuff I'm interested in I've given up."

Mr. Clinton, who introduced Richards, called the musician "my friend" and "a good guy" and told anecdotes about how his mother-in-law, who died earlier this month, was an uber-fan.

"Do you have any idea what it's like to have a 92-year-old groupie living in your home, a woman who lived and breathed for the Rolling Stones?" said the former president, who this week released his third non-fiction book.

The Mailer awards, in its third year, are named for Norman Mailer, who died in 2007, and are sponsored by the Norman Mailer Center and the Norman Mailer Writers Colony, based in his longtime home of Provincetown, Mass. Previous recipients include Nobel laureates Toni Morrison and Orhan Pamuk and Rolling Stone magazine founder Jann Wenner.