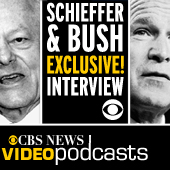 Keiko, the killer whale who leaped to freedom in the Free Willy movie, is taking a plane ride to Iceland next month to test his native waters for a chance at real freedom after spending most of his life in captivity.

The Free Willy Keiko Foundation announced Monday the orca will be moved from his aquarium in Newport to the waters off Iceland on Sept. 9. The next day, Keiko will be released into a floating sea pen anchored near the Westmann Islands, six miles off Iceland's south coast.

If he adapts to his surroundings and proves to his handlers that he can survive in the open ocean, he will someday be released into the North Atlantic.

The Free Willy Keiko Foundation still must go through the formality of receiving final approval from the Air Force to use a C-17 cargo plane for Keiko's transport.

If approval is granted, the 21-foot, 5-ton killer whale will be loaded into a sling at his tank at the Oregon Coast Aquarium and lifted by a crane into a huge container that will be trucked to the plane for the eight-hour flight to Iceland.

Three Portland TV stations reported last week that Keiko would be transported Sept. 9, but the Free Willy Keiko Foundation had refused to confirm the date until Monday.

Keiko, believed to be 19 or 20 years old, was captured off the coast of Iceland at age 2. He had been living in a cramped tank in Mexico when the children's movie Free Willy charmed family audiences in 1994.

Keiko, seriously underweight and suffering a virus that caused rough lesions on his skin, was moved in January 1996 from his warm-water tank in Mexico to a spacious new tank filled with cold seawater at the Newport aquarium.

Since then, he has gained thousands of pounds and recovered from the virus while turning the aquarium into a major tourist attraction that generated $75 million for the local economy during his first year in Oregon. Keiko's black-and-white image is on everything in Oregon from plush toys to hats, T-shirts, and works of art.

Iceland agreed in June to take Keiko after earlier saying it did not want the orca because of fears that the skin lesions would spread to other killer whales. His skin condition improved markedly in Newport.

A site in the small bay of Vestmannaeyjar was chosen because it is protected by tall cliffs on three sides, and because of its proximity to research facilities and wild killer whales migrating through the area.

Although Keiko has made progress in practice runs at catching fish, Keiko's handlers say he may never be able to fend for himself in the chilly waters of the North Atlantic.