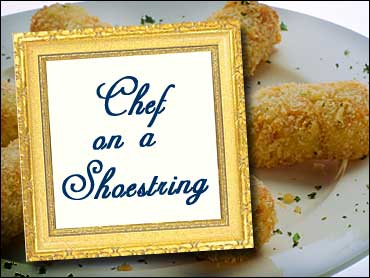 Children under thirteen have less freedom on the Internet these days. A Federal law requires web sites aimed at children younger than 13 to get parental permission before asking for names, physical locations and others details that could expose kids to marketers and molesters.

Some websites are complying; others are throwing in the towel.

Last year a study from the Annenberg Public Policy Center at the University of Pennsylvania found that two-thirds of kids ages 10-17 were willing to reveal their favorite stores in exchange for a free gift. Others thought nothing of saying where they lived, how much allowance they got or what their hobbies were.

Under the law, sites can still collect information from children, but parental consent is needed first. Chat rooms are included in the legislation because kids could let details slip out while conversing online. The law covers only information collection. Content restriction is controlled by other means.

As a result, hundreds of sites have been re-evaluating whether they really need all the personal information they had been collecting. Some sites have improved methods of obtaining parental consent, but others have dropped services or sharply limited usage to avoid extra work and higher costs.

In the past year America Online's ICQ messaging service has dropped users under the age of 13. Alloy Online banned kids from taking part in contests.

Zeeks.com took away chat rooms and email accounts after finding that staffing, equipment and storage of consent forms would cost $200,000 a year. Traffic dropped by 20 percent, said chief executive Steve Bryan. The company couldn't make any money and sold the site a few weeks ago.

"Today kids are less safe on the Internet … sites trying to do the right thing for kids have gone away," he said. "Under (the law) we were assumed to be evil marketers."

Supporters of the law say it has generally worked as intended. They will admit that it has been hard on kids who have to wait for their parents to mail, fax or phone in consent and credit card verification information.

"Kids want it to be quick and immediate," said Elizabeth Lascoutx, director of the Children's Advertising Review Unit, part of the Council of Better Business Bureau. "Waiting for Mom to come home to call 800 numbers holds it up."

The law affects websites that are aimed at children under thirteen who live in the U.S. Violators can be fined up to $11,000. Yet many sites are not in compliance with the law.

A separate Annenberg study in March looked at 162 sites and found that almost half of them didn't disclose how they use the data they collect. Others allowed kids to bypass age controls hitting the "back" button and enter a different birth year if they were rejected for being under 13.

The Federal Trade Commission has held workshops and set up a telephone hotline to help sites comply. Toby Levin, a senior FTC attorney, thinks compliance costs are often xaggerated so sites can blame the law for other dot com problems.

Kathryn Montgomery, president of the Center for Media Education, said sites may have cut back on content, but that they also pulled back on collecting information – which was the goal of the law.

Andras Csaszar, president of Bonus.com said making kid sites harder to use could backfire. He thinks that if childrens' sites become too restricted, wouldn't kids just go to general audience sites, like gambling, where they don't have to give their age.

Still, other sites have gone out of their way to meet the law's requirements without restricting usage or stopping service.

Instead of asking for full names, Sports Illustrated for Kids now asks for only a first name and last initial when kids submit essays or use other interactive features.

If Hotmail or another Microsoft site knows it is dealing with a kid under 13, it requires parents to sign up for Kids Passport. The free tool lets parents declare how much information their can share. Non-Microsoft sites can use the Kids Passport as well.

"We think empowering consumers to use the Web service is exactly our job," said Microsoft's chief privacy officer, Richard Purcell.

And, a commerce cite that targets kids without credit cards decided to spend $1000,000 to set up consent procedures. RocketCash Corp. thinks the site will gain a competitive advantage in partnerships deals with companies looking to broaden their audience base.

The Direct Marketing Association is supportive of the law. "We knew some would drop out," said Jerry Cerasale, senior vice president for government affairs. "The hope was that the experience of marketers will be positive enough to encourage them back. The goal was not to cut children out. We want to protect them."