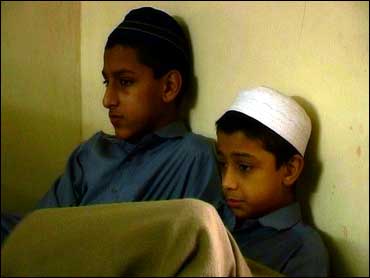 Two Pakistani-American brothers who were sent away by their parents four years ago to study at a fundamentalist religious school in Pakistan have returned to the United States.

The conditions they endured are the focus of the documentary "The Karachi Kids."

Filmmaker Imran Raza and Ericka Pertierra of the South Asia Foundation For Educational Reform visited The Early Show to talk about the film.

When Raza, who has family roots in Pakistan, went to shoot footage at the Jamia Binoria madrassa, he didn't expect to find Atlanta brothers Mahboob and Noor Khan there.

"As I walked into the madrassa, the big surprise happened when I suddenly heard two voices that were, you know, perfect American English," Raza told co-anchor Harry Smith. "The environment is just so different. Nobody really speaks English. And then suddenly you hear two kids saying, 'Are you American?' There was this immediate sort of bond because at that time they really wanted to get out of the madrassa. And so we connected on that level."

During the next few years, Raza made trips back to the madrassa, and each time he recorded a change in the boys' attitudes.

"They went from obviously really, really, you know, just fervently wanting to leave to now where they feel it was a great thing that has improved themselves," he said. "So there's a dramatic change that's taken place. Obviously, it's an environment they've been in for nearly four years."

Pertierra said she got involved after a friend sent her a tape of the film.

"When you first see the tape of September '05 in the documentary, you're so compelled to help these boys. You know, they're begging to get out of there. They're realizing they're missing their education. And so that really clearly moved me," she said. "We have over 600 U.S. boys in Pakistan madrassas, and we still have 78 boys in that particular madrassa, and I will continue to fight. I'm planning to go to Washington next week to meet with members of Congress, and I plan to get all of these boys back."

Imran said that the boys' father said he couldn't afford to send the boys to madrassas in the U.S. But, Imran is concerned about the bigger picture.

"I think that what we're dealing with, which is the more important issue here, is that you have this madrassa, and the leader of this madrassa taking advantage of people who are naive and bringing the boys into an environment where clearly there's so many different levels of what I call reengineering," he said. "You know, their personalities, their desires, everything is reengineered. So it's really an astounding process to watch."

To find out more about "Karachi Kids" and to see the film's trailer, click here. 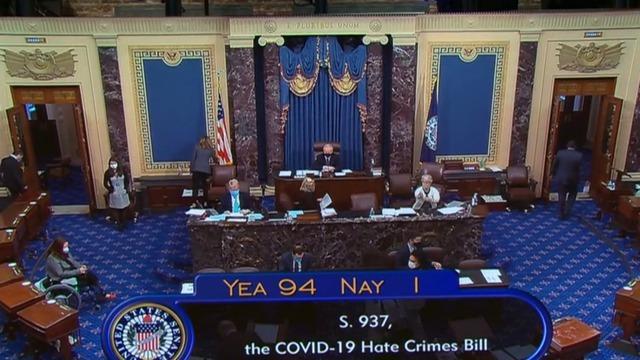 U.S. Senate passes Anti-Asian Hate Crime Legislation, advancing it to the House. The bill would make it easier to report and investigate reports of anti-asian hate crimes related to the pandemic. Nikole Killion reports.