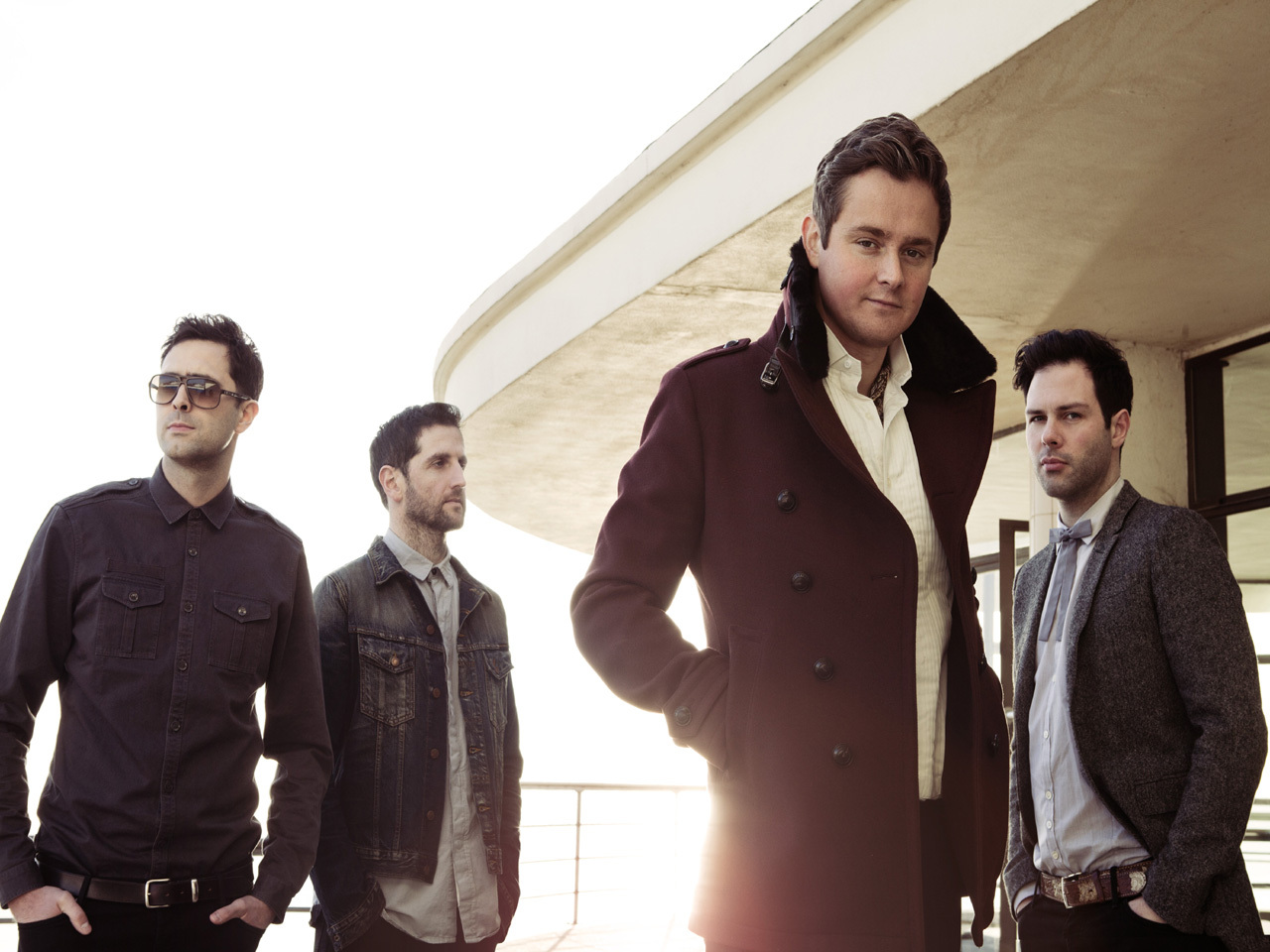 (CBS News) Keane keyboardist and songwriter Tim Rice-Oxley spent much of 2010 writing songs for the band's first full-length album since 2008.

At times, he challenged himself to write a whopping 20 songs in 12 hours. He often missed his goal, penning 12 or 13 songs in the self-designated time-frame.

Still, that's not too shabby.

The result? The 12-track set, "Strangeland," released Tuesday in the U.S., full of songs Rice-Oxley hopes captures the same sort of emotion as Keane's 2004 debut.

"I think we had a sense that we were capable of making a really, really great album and that it was kind of about time we made a good effort at doing that," Rice-Oxley told CBSNews.com. "I think that meant thinking just about the music rather than any other possible influencing factors."

The British musician, who's also written songs for the likes of Gwen Stefani and Kylie Minogue, spent just 20 minutes writing the album's lead single, "Silenced by the Night."

"I tried to write something that had a Tom Petty-ish sort-of driving feel to it," he said. "Driving through the night is something I always loved. Try to get through the dark times ... a very simple metaphor in a way. I feel that sense of resilience and optimism really infuses the whole album."

Part of Keane's strength lies in the musical chemistry between Rice-Oxley and Keane frontman Tom Chaplin. They've known each other for 32 years, ever since growing up as youngsters in England.

"I write the songs, and I know that he [Chaplin] can really take them and turn them into something more magical," Rice-Oxley said. "I don't even know how he does it. It's an incredible gift."

It's a gift that keeps on giving. Last year, the hit TV show "Glee" did a version of "Somewhere Only We Know," and pretty soon Chaplin will put his own vocal chops to use when Keane's U.S. leg kicks off June 12 in Boston. The outing stretches into the summer, much to Rice-Oxley's delight.

"We love touring the States more than anything else really," he revealed. "It's a British band basically living the dream. Getting on the tour bus and winding your way down the highway. It's stuff of legend."

Rice-Oxley, who sometimes gets song ideas while on the road, spoke a lot about covering the ups and downs of life. It's a running theme of the new album, and it's something Keane experienced personally after the Grammy-nominated band finished touring behind its debut, "Hopes and Fears."

"In Europe, especially, we had a huge amount of success, and that does strange things to your brain," he admitted. "And all of us had our dark moments, and just sort of fighting through that was a struggle. I definitely remember when making the second album that things were getting pretty dire. That's just life. I think that's the theme of this album -- you just got to try and navigate the adventure of life with your sanity and an amount of dignity."

Looking farther down the road, Keane says it plans to chart plenty more miles. Already familiar with the album, fans have started singing the new songs at Keane's overseas shows.

Check out the video for Keane's new song, "Disconnected":