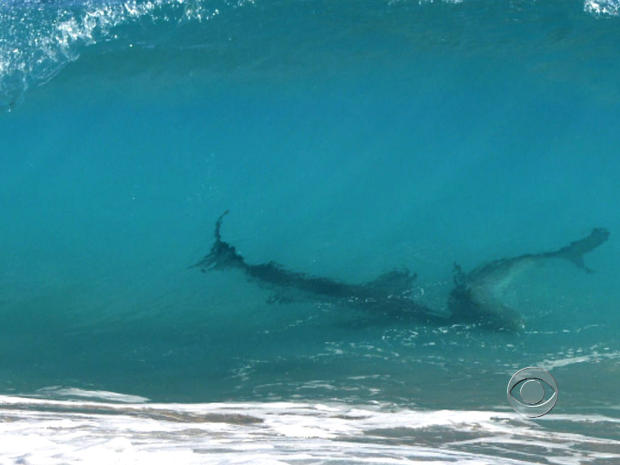 HONOLULU - A man fishing from a kayak in Hawaii was attacked by a shark off the coast of Maui on Monday and died of his injuries as he was being brought to shore, marking the second fatal shark attack in the area this year, officials said.

The man had been kayak fishing between Makena and the popular diving spot of Molokini when he was bitten, said Marian Feenstra, chief of aquatics with Maui Parks and Recreation.

A friend who was kayaking with the man took him to a nearby snorkeling charter boat, which transported them to shore. But the man died prior to reaching land.

Feenstra said the incident marked at least the eighth shark attack this year off the island of Maui. Two have been fatal, including an attack on a 20-year-old woman from Germany who died after being attacked in the same area in August.

"It is higher than usual," Feenstra said of the rate of shark attacks. She added that research was being done, but it has not been determined why the number of attacks has increased. "That's the million-dollar question."

Feenstra described the fisherman as experienced, adding: "He's been out there many times."

A two-mile stretch of beach was closed following the attack, and state officials will conduct a search of the area by jet ski on Tuesday morning. If no sharks are sighted in the area the beach may be reopened, she said.