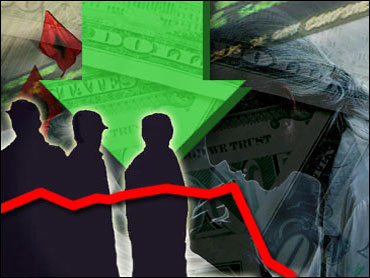 Hurricane Katrina will reduce employment by 400,000 people in coming months while trimming economic growth by as much as a full percentage point in the second half of this year, according to a Congressional Budget Office assessment obtained by The Associated Press.

The CBO report said that Katrina's impact was likely to be "significant but not overwhelming" to the overall U.S. economy, especially if energy production along the Gulf Coast returns to pre-hurricane levels quickly.

Meanwhile, Senate Finance Committee Chairman Charles Grassley, R-Iowa, said unemployment might have to be beefed up because of Katrina.

Other lawmakers are scrambling to find things they can do to help and are looking at issues ranging from special tax breaks to changing Medicare and Medicaid rules to providing emergency help for school districts taking in kids from the affected area, reports CBS News Correspondent Bob Fuss.

The CBO assessment was in line with the predicted impact of Katrina being made by many private forecasters, who have also cautioned that the effects could be much worse if rising energy prices cause consumers to cut back on their spending.

The CBO report said that it expected economic growth in the second half of the year would be reduced by between 0.5 percentage point and 1 percentage point. It put total job losses at around 400,000.

CBO, the nonpartisan agency that provides economic and budget advice to Congress, said before Katrina struck the expectations were that the economy would grow at an annual rate of between 3 percent and 4 percent in the second half of the year with employment growing by 150,000 to 200,000 workers per month.

The White House, with considerable fanfare, announced in July a $94 billion improvement in the red-ink outlook for the current budget year. At that time, it promised that President Bush would easily fulfill his pledge to cut last's year's record deficit in half by the time he leaves office.

The White House budget office in July was predicting that the deficit for the budget year ending Sept. 30 would drop to $333 billion, $79 billion below last year's record, and that next year's deficit would be $341 billion. Now, both figures are rising fast as the government spends about $2 billion a day on the Katrina relief effort, all of which adds directly to the deficit.

Holtz-Eakin said in his letter to congressional leaders that the adverse impacts from Katrina should be concentrated in the second half of this year and he said that economic activity could receive a boost next year from rebuilding.

For all of 2005, CBO had been predicting that the economy, as measured by the gross domestic product, would grow by 3.7 percent this year and 3.4 percent in 2006. Holtz-Eakin said the impact of Katrina on these year-over-year estimates was likely to be smaller than the effects on growth in the third and fourth quarters of this year.

The CBO report said that the economy of Louisiana was about 1.2 percent of the U.S. economy and Mississippi was about 0.7 percent of the national economy. If half of that output were lost for three months — September through November — then it would lower total GDP for the country at an annualized rate of about 1.3 percentage points in the third quarter and 2.7 percentage points in the final three months of the year.

But the CBO said it was unlikely that production will be hurt by that much for that length of time.

"Presumably some people in New Orleans and other parts of the coast will be able to return to work in one or two months, and construction employment will be picking up during the fourth quarter," the CBO said. "Therefore, it is more likely that economic activity in the affected area would directly reduce the growth of GDP by less than 1 percent for both the third and fourth quarters."

The report said the main areas expected to experience "prolonged and substantial disruption of economic activity" are the New Orleans-Metairie-Kenner metropolitan area of Louisiana and the Gulfport-Biloxi and Pascagoula area of Mississippi.

It predicted that employment for September will decline significantly with estimates ranging from a drop of 150,000 to as much as a loss of a half million jobs.

While workers involved in reconstruction and government workers will not be affected, the CBO said it was reasonable to expect that for many workers the rebound in employment would be gradual, an adverse impact that will be slightly offset by large-scale hiring of construction workers.

The CBO said preliminary estimates put insured losses from Katrina in excess of $30 billion, a figure that it compared to the $32.5 billion that insurers paid after the Sept. 11, 2001, terrorist attacks.

As other forecasters have noted, the CBO said the economic impact on the rest of the United States will be primarily through higher energy costs, which will cut into consumer spending in other areas, and a reduction in shipping activity through the damaged New Orleans port facilities.