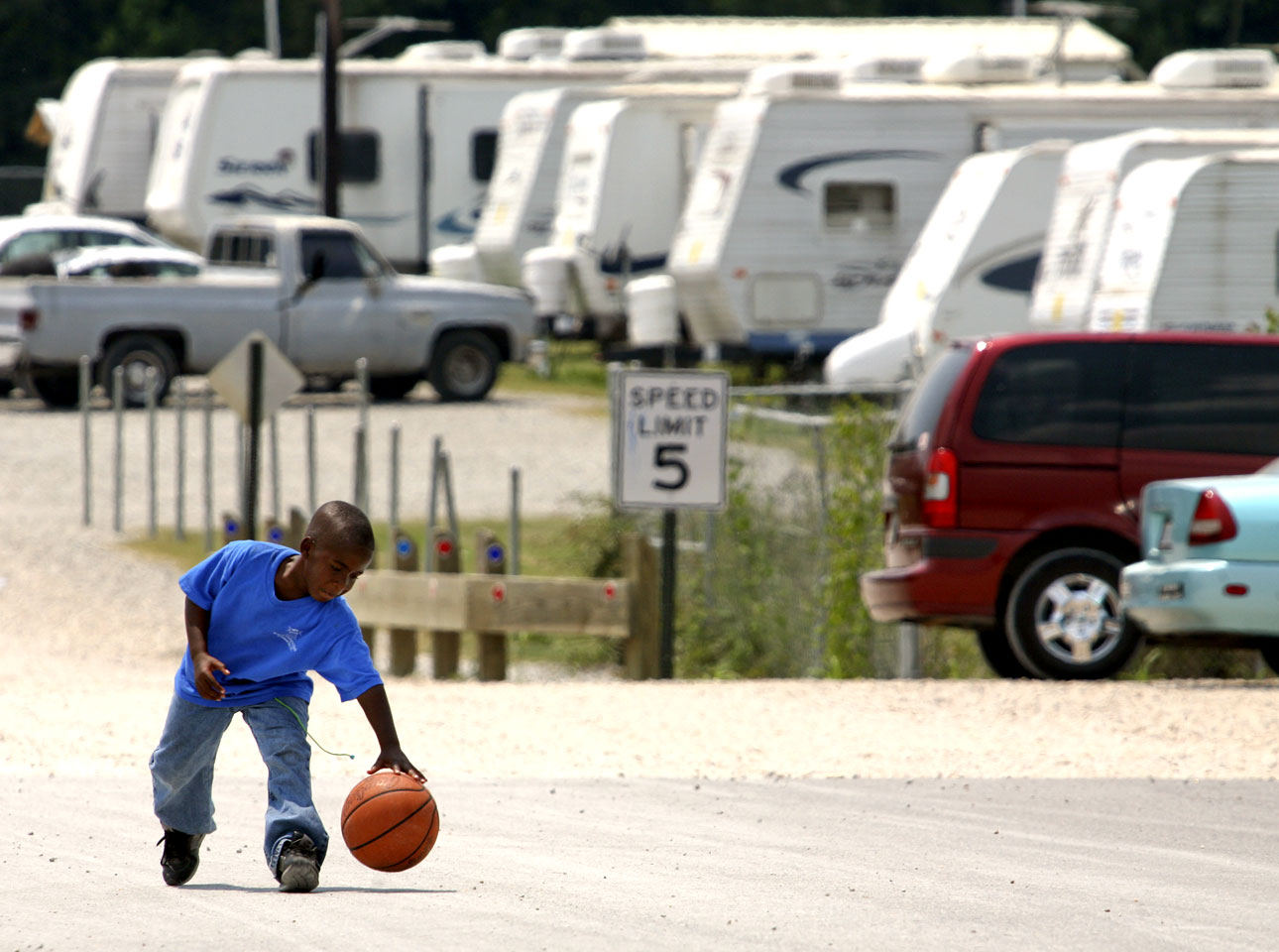 NEW ORLEANS A federal judge gave his final approval Thursday to a $42.6 million class-action settlement between companies that made and installed government-issued trailers after hurricanes in 2005 and Gulf Coast storm victims who claim they were exposed to hazardous fumes while living in the shelters.

U.S. District Judge Kurt Engelhardt ruled from the bench after hearing from attorneys who brokered a deal resolving nearly all remaining court claims over elevated levels of formaldehyde in trailers provided by the Federal Emergency Management Agency following hurricanes Katrina and Rita.

Roughly 55,000 residents of Louisiana, Mississippi, Alabama and Texas will be eligible for shares of $37.5 million paid by more than two dozen manufacturers. They also can get shares of a separate $5.1 million settlement with FEMA contractors that installed and maintained the units.

Gerald Meunier, a lead plaintiffs' attorney, said the deal provides residents with "somewhat modest" compensation but allows both sides to avoid the expense and risks of protracted litigation.

"Dollar amounts alone do not determine whether a settlement is fair and reasonable," he said.

Jim Percy, a lawyer for the trailer makers, said Engelhardt would have had to try cases individually or transfer suits to other jurisdictions if the settlement wasn't reached.

"It was not going to end quickly, and it was going to be even more monumental for all the parties concerned," he said.

Formaldehyde, a chemical commonly found in building materials, can cause breathing problems and is classified as a carcinogen. Government tests on hundreds of trailers in Louisiana and Mississippi found formaldehyde levels that were, on average, about five times what people are exposed to in most modern homes.

FEMA isn't a party to the settlements and had downplayed formaldehyde risks for months before those test results were announced in February 2008. As early as 2006, trailer occupants began reporting headaches, nosebleeds and difficulty breathing.

Only three plaintiffs have opted out of the settlement with the trailer makers. Engelhardt opened the floor to objections during Thursday's hearing, but nobody spoke up. The judge said he didn't receive any formal, written objections, either.

But that doesn't mean the deal isn't a disappointment for many residents who blame their illnesses on the cramped trailers they occupied for months on end.

"We were told not to look for much," said Anthony Dixon, a New Orleans resident who says he developed asthma while living in a FEMA trailer for two years.

Dixon, 58, attended the hearing with his wife and mother to learn more about the deal.

Engelhardt noted he received a letter from a woman whose 66-year-old mother, Agnes Mauldin, of Mississippi, died of leukemia in 2008 after living in a FEMA trailer. Mauldin's daughter, Lydia Greenlees, said the settlement offers "very little" for what her family considers to be a wrongful death case.

"I am saddened about the settlement in that I feel like it makes a mockery of my mother's life," Greenlees wrote. "I don't want anyone to think for one second that I view this settlement as a fair trade for my mother's life. I do not."

Dan Balhoff, a court-appointed special master, will determine the plaintiffs' awards. Up to 48 percent of the total settlement money will be deducted for attorneys' fees and costs. Payments are expected to go out late this year or early next year.

Engelhardt presided over three trials for claims against FEMA trailer manufacturers and installers after he was picked in 2007 to oversee hundreds of consolidated lawsuits. The juries in all three trials sided with the companies and didn't award any damages.

Plaintiffs' lawyers have accused the trailer makers of using shoddy building materials and methods in a rush to meet FEMA's unprecedented demand for temporary housing.

Meunier, however, said it was difficult for plaintiffs' attorneys to prove a link between formaldehyde exposure and residents' health problems because many trailers couldn't be tested until months or even years after the fact. Many residents never sought treatment for their symptoms, he added.

"It was both challenging in the legal and factual sense," he said.

A group of companies that includes Gulf Stream Coach Inc., Forest River Inc., Vanguard LLC and Monaco Coach Corp. will pay $20 million of the $37.5 million settlement with the trailer makers.

Only a handful of formaldehyde-related claims are still pending, including those against FEMA by a group of Texas residents.