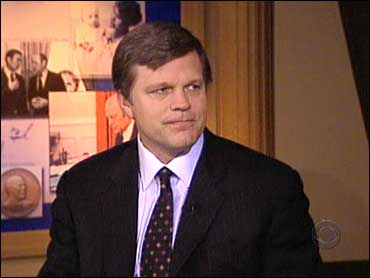 
The author of "The Great Deluge: Hurricane Katrina, New Orleans and the Mississippi Gulf Coast" is leaving the city where he chronicled survivors' tales of the catastrophe. After 14 years in New Orleans, historian Douglas Brinkley has accepted a job at Rice University, where he will become a professor of history and fellow at the James A. Baker Institute for Public Policy in Houston.

Brinkley, who currently teaches at Tulane and has worked as a CBS News consultant, told CBSNews.com he was enticed not only by the opportunity to work on public policy issues but the proximity to his current home.

"My family and I wanted to stay in the Gulf South region," said Brinkley, who assumes his new position July 1. "I'll continue spending a lot of time in New Orleans, where we have family, but Texas will be my primary home."

Brinkley's book on the physical devastation and bureaucratic bungling of Hurricane Katrina recently won the 2007 Robert F. Kennedy Book Award. While the author conducted the bulk of the book's research in New Orleans, he actually wrote much of "The Great Deluge" in Houston, where he was forced to flee during the storm.

Despite his impending move to Texas, Brinkley says he will continue to write about New Orleans. He is currently working on a project about the city's racism and education in the 1960s.

In addition to his new post at Rice, Brinkley is juggling several other projects. Former Secretaries of State James A. Baker III and Warren Christopher have enlisted the historian to take part in a commission studying presidential war powers. He is also editing the private White House diaries of Ronald Reagan, which will be published later this month.

A frequent contributor to numerous publications, Brinkley has written biographies on figures ranging from Jimmy Carter to Henry Ford.