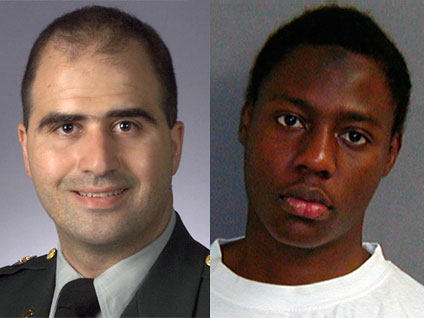 All week in a series called "I Love the '90s," VH-1 is looking back at the last decade of the 20th century. So The Early Show is taking a trip down memory lane as well, putting its own anchors to the test.

On Tuesday, the subject was scandals. One of the biggest was the trial of the century, ending with the acquittal of football legend O.J. Simpson on charges of murdering his ex-wife and Ron Goldman.

Test your knowledge on the decade's infamous scandals.TAKE THE QUIZ.

Syler was clearly the winner, Storm and Smith tied for second place.

Among the books Syler received were William Dear's "O.J. Is Guilty But Not Of Murder," Bill Clinton's "My Life," and Kurt Cobain's "Journals," Kaelin announced to the excited winner.

The question for Kaelin, contest aside, is what he has been up to. "I got my own place. No longer a houseguest," he says, joking with Chen.

Actually, he sold his own TV show, called "Houseguest," to the FX Network. He is currently working at National Lampoon in comedy development. He explains, "I work in copy development at National Lampoon. We develop films, TV shows. I have one called 'Dumb Sports,' where I travel across America and cover sports from ostrich racing to wife carrying."

Kaelin will star as well as produce "Dumb Sports' and a European road show called "Tripping with Kato."

In addition he says, "We signed Paris Hilton to a film called 'Pledge This.' It's going to be a female 'Animal House,' in sororities."

On Wednesday, tune in as the teen pop group Hanson visits to quiz the anchors on the music of the '90s.