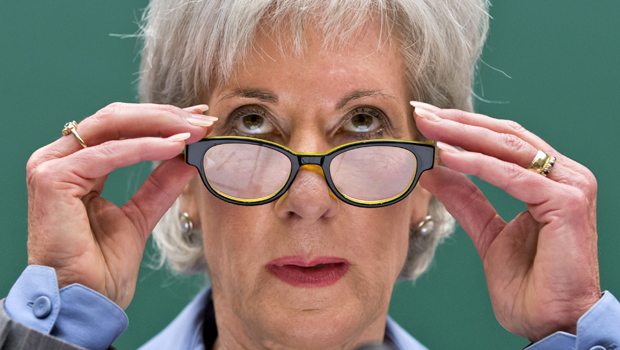 WASHINGTON -- Recognizing that deeper problems may lurk behind the botched rollout of the health care website, President Obama's top health official Wednesday called for an investigation into management and contracting decisions.

Health and Human Services Secretary Kathleen Sebelius said in a blog post early Wednesday that she is asking the department's inspector general to investigate the contracting process, management, performance and payment issues that may have contributed to the flawed launch of HealthCare.gov.

The website was supposed to have been the online portal to coverage under the new health care law, but technical problems turned it into a frustrating bottleneck for millions of consumers.

It's working better now after two months of repairs, but a CBS News/New York Times poll released Tuesday found that most Americans (58 percent) don't think the signup for the new health care exchanges is going well. More than a third of Americans - 36 percent - think it is improving.

Wednesday's announcement comes as Sebelius heads to Capitol Hill for another round of grilling Wednesday before the House Energy and Commerce Committee. Lawmakers want explanations for dozens of questions about the website's design, workability and security. They also want to know why Sebelius and other top officials repeatedly assured them everything was on track.

Although Republicans have called for Sebelius to resign, and some Democrats have urged Mr. Obama to fire those responsible, the White House has given no indication that a house-cleaning is coming. Instead, it has brought in outside management to help Sebelius and her department cope. The secretary's unusual pre-dawn announcement of an inspector general probe indicates that she realizes she has some explaining to do.

"I believe strongly in the need for accountability, and in the importance of being good stewards of taxpayer dollars," Sebelius said in her announcement. The website has cost taxpayers more than $600 million so far, according to the congressional Government Accountability Office.

In addition to the inspector general review, Sebelius said she has ordered the hiring of a new "chief risk officer" at the Medicare agency, which also oversees the new programs created to expand health insurance coverage under Mr. Obama's law. That official will focus on making sure technology programs work as advertised.

Sebelius also said she's ordered a retraining of her department on best practices for outside contracting.

"The launch of HealthCare.gov was flawed and simply unacceptable," Sebelius wrote. "As we continue our relentless efforts to enhance Healthcare.gov - and as we continue to adapt and improve based on the feedback we are getting from customers and issuers - we must take concrete action to prevent these problems in the future."