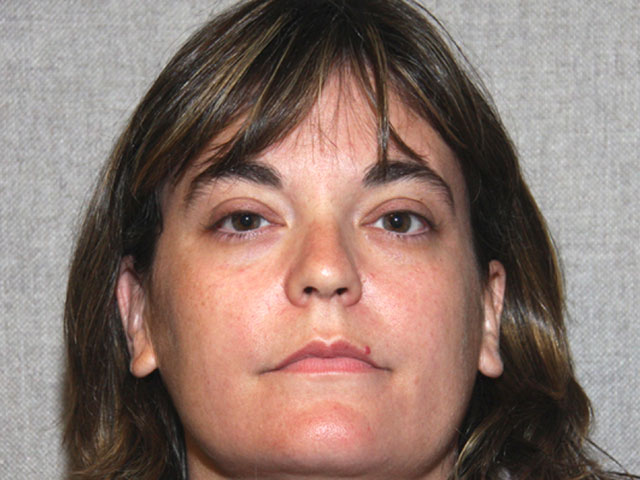 (CBS) FREEHOLD, N.J. - A former elementary school teacher and her parents have been sentenced to prison in the killing of her estranged husband, a case that a judge referred to as "an American family tragedy."

Kathleen Dorsett and her parents, Thomas and Lesley Dorsett, were sentenced to a combined 110 years in prison Stephen Moore's 2010 death.

The three had previously pleaded guilty to charges in Moore's death, and Kathleen and her mother also entered guilty pleas to conspiring to murder Moore's mother to keep her from testifying against them and to stop her from gaining custody of Kathleen's daughter.

The plot grew out of the couple's failed marriage and an acrimonious divorce that led to a custody battle over their 20-month-old daughter Elizabeth, prosecutors say.

When Stephen Moore returned their daughter to her mother's house Aug. 16, 2010, authorities say, Kathleen Dorsett lured him to the back of the residence where her father leaped from behind bushes and smashed his head with a heavy metal object. He then choked Moore with a rope before dumping his body in the trunk of Moore's mother's car, prosecutors say.

Kathleen Dorsett was sentenced to a total of 58 years for convictions on charges of murder, disturbing human remains and attempted murder. Lesley Dorsett received a seven-year sentence for a conspiracy conviction; authorities say she paid $1,000 to a police informant to kill Evlyn Moore.

Thomas Dorsett was sentenced to 45 years, including 15 years for his arson-for-hire conviction. Prosecutors say Dorsett paid a man to burn Evlyn Moore's car with her dead son in the trunk but ended up doing it himself.

Assistant Monmouth County Prosecutor Marc LeMieux displayed pictures of Moore's charred body inside the car's trunk that drew gasps from the packed gallery. He also read a statement from Evlyn Moore in which she called the Dorsetts "cold-blooded killers" to whom she "has nothing to say." She wrote that Elizabeth, now 4, is a happy child but will never know her father and mother.

During the proceeding, Kathleen Dorsett directed a brief statement to state Superior Court Judge Anthony Mellaci Jr. and to the cameras in the courtroom.

"I'm so deeply sorry for all the pain I've caused to Stephen's family and all the lives I've destroyed," she said.

Though she denied the plot was over custody, Mellaci said "that's exactly what this was over - control."

"This is a narcissistic individual. Her crocodile tears get turned on and off seemingly at will," the judge said. "This is really an American family tragedy on so many levels, and the responsibility for it falls mainly on this defendant's feet."

Thomas Dorsett, who ran a refrigeration business, said during a 30 minute statement, "I don't have the words to say how sorry I am... Maybe that's not even the right word. I know I lost my mind that day, and now I've lost my Elizabeth."

LeMieux poked holes in Dorsett's description of himself as a kind and caring man, pointing out that investigators interviewed co-workers and friends who said he referred to Moore as "the monkey" and vowed to kill him.