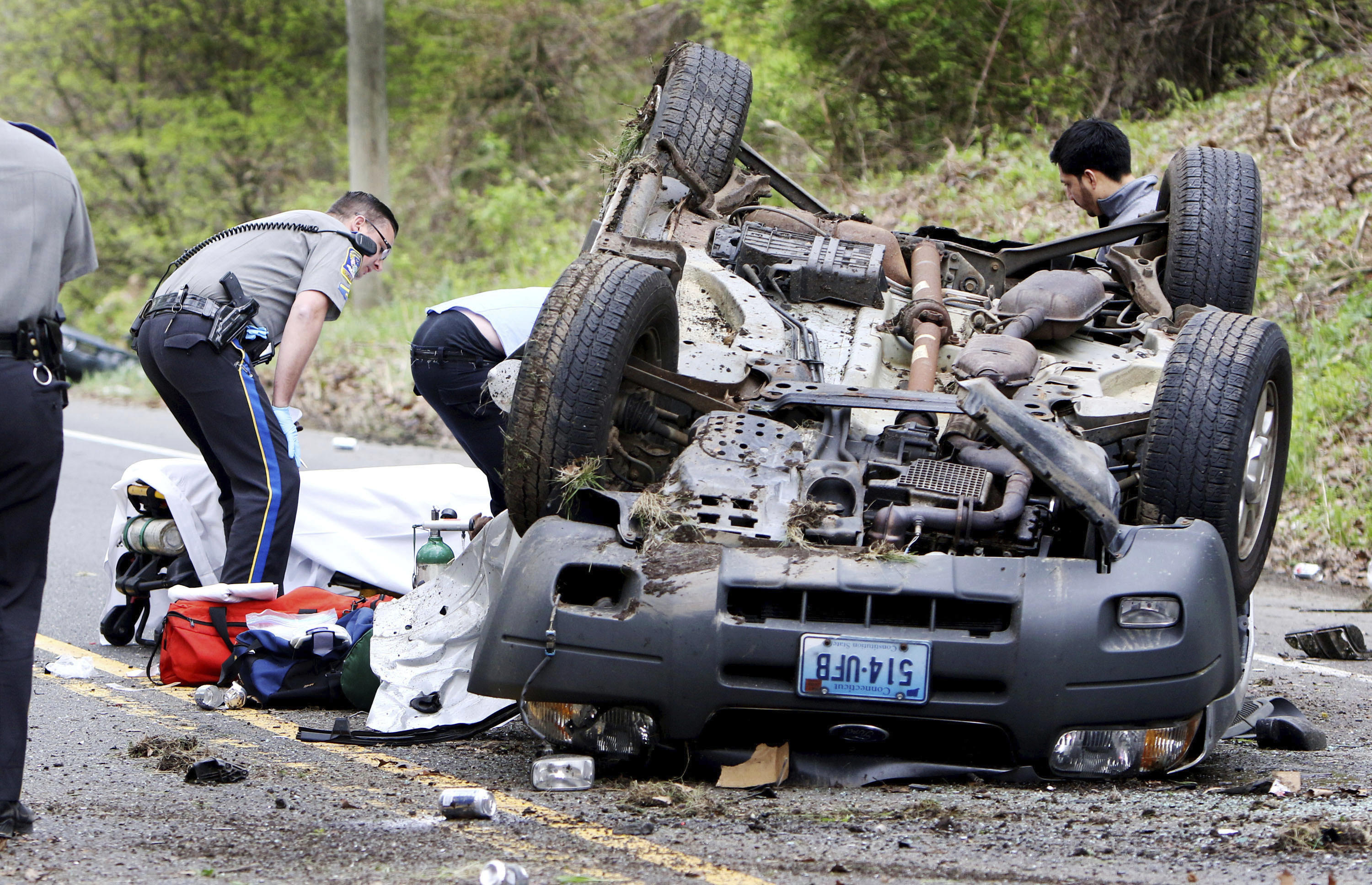 Katherine Ann Berman, 67, of Cheshire, was one of two victims in the two-vehicle crash at about 2:15 p.m. Tuesday in Woodbury, state police said. The other victim was identified by police as Edward Bertulis, 87, of Waterbury.

"This is a devastating tragedy and difficult to comprehend," ESPN President John Skipper said in a statement. "Chris is beloved by all his ESPN colleagues and for good reason: He has a huge heart and has given so much to so many over the years. We know how much his family means to him and all we can do at a moment like this is give him the love and support he will surely need at this hour."

Both vehicles were travelling in the same direction on a two-lane road when Kathy Berman's car struck the rear of Bertulis' SUV, and both veered off the road, according to the police account of the crash.

Berman's Lexus SC430 went down an embankment and overturned in a small body of water. Chris Berman was listed as the car's owner.

Bertulis' Ford Escape X struck a utility pole and landed on its roof in the street.

Woodbury is not far from the Bermans' home in Cheshire, and ESPN headquarters in Bristol.

Berman, a teacher, was married to Chris for more than 33 years, says ESPN. According to a 1993 profile of the family that appeared in the Hartford Courant, Chris Berman met the former Kathy Alexinski in 1983 by faking car trouble so he could ask her for help. The couple has two grown children.

Chris Berman, a Brown University graduate, started working at ESPN in October 1979, a month after its founding.

Condolences and messages of support poured in on social media.

"Sending out thoughts and prayers to Chris Berman and his family," said Michael Fabiano, a senior fantasy football analyst on NFL.com and NFL Network.