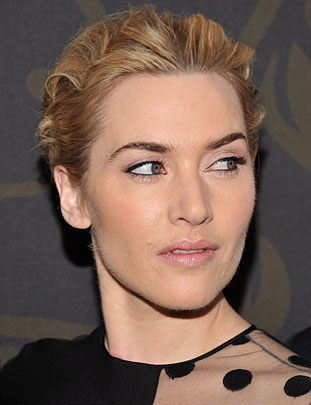 (CBS) The nude sketch of Kate Winslet from "Titanic" is set to be auctioned off to the highest bidder.

The image depicts Winslet's character, Rose, lying out on a couch with nothing but a blue diamond necklace, called the "Heart of the Ocean," gracing her neck. The illustration was sketched by Leonardo DiCaprio's character Jack Dawson in the 1997 film. (The movie's director, James Cameron, actually sketched the piece.)

MSN reports that Cameron's artwork is expected to be the star lot at Premiere Props' memorabilia auction on Saturday and Sunday. A spokesperson for the firm says, "This is a wonderful piece of memorabilia [from] one the biggest grossing films of all time."

"Titanic" garnered a total of 14 Oscar nominations, tying the record set in 1950 by "All About Eve," and went on to win 11 Academy awards, including Best Picture and Best Director. The film was a box office success when it became the highest grossing film in history, a position held for 12 years until Cameron's "Avatar" took the top spot in 2010.

Winslet, 35, is currently starring in the HBO mini-series "Mildred Pierce." Last month, it was reported that the Oscar winner coached co-star Evan Rachel Wood in a nude scene for the series.