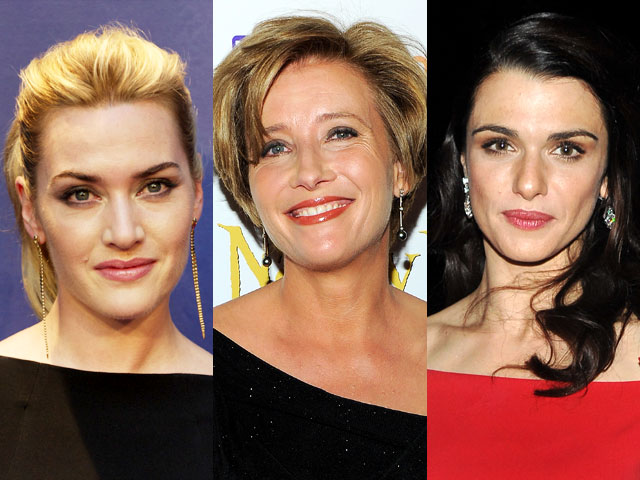 (CBS) When it comes to plastic surgery for movie stars, Kate Winslet says she's all for cutting it out.

"It goes against my morals, the way that my parents brought me to and what I consider to be natural beauty, the stunning Oscar-winning actress told the Telegraph. "I will never give in."

And Winslet isn't the only British beauty to give a big thumbs-down to cosmetic surgery and Hollywood's relentless quest for youth.

Rachel Weisz, 41, said that "people who look too perfect don't look sexy or particularly beautiful," the paper reported. And Emma Thompson, 52, said, "I'm not fiddling about with myself. We're in this awful youth-driven thing now where everybody needs to look 30 at 60."

The three actresses have joined forces to create what they're calling the "British Anti-Cosmetic Surgery League," the Independent reported. If its goal is to banish Botox as well as cosmetic surgery, the league certainly has its work cut out for it.

In 2010, there were more than 2.4 million procedures in which Botox or the related drug Dysport were injected, according to statistics compiled by the American Society for Aesthetic Surgery. That's down a bit from the 2.6 million such procedures done in 2009 - but way up from the 65,000 such procedures performed in 1997, when the society started gathering statistics.

Overall since 1997, the number of surgical and nonsurgical cosmetic procedures is up more than 155 percent, according to the society.

What do you think? Is cosmetic surgery a bad idea - even if you don't look like Kate Winslet?