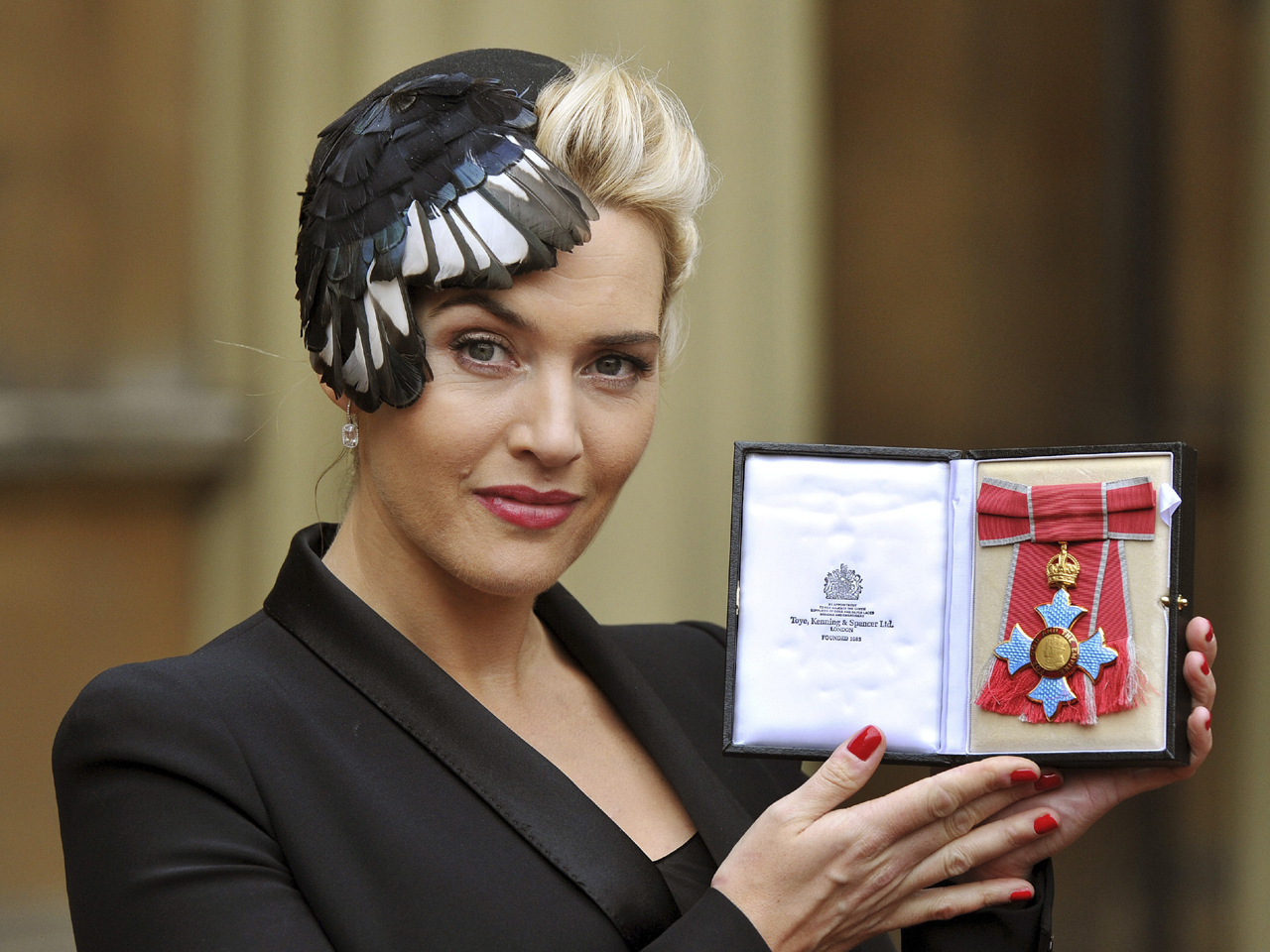 Kate Winslet  was honored  Wednesday with a special recognition from Queen Elizabeth II at London's Buckingham Palace for her "services rendered to drama."

The 37-year-old actress received the prestigious CBE honor, which stands for Commander of the Most Excellent Order of the British Empire.

According to BBC News, Winslet, who was born in Reading, England, said, "The sense of gravity is enormous and you very much feel you are being acknowledged by the whole country in a way."

The British star said that upon receiving the honor, the queen asked about how much Winslet enjoys acting; they ended up talking about their love of parenting.

"I said yes, I liked it, but not as much as being a mother. She said, 'It is the best job'," the mother-of-two told reporters.

The "Titanic" star wasn't the only person being made a CBE on Wednesday. Take That singer Gary Barlow, who organized the queen's Diamond Jubilee concert in June, and violinist Tasmin Little were also recognized with the title.

Winslet will next appear in the upcoming ensemble comedy, "Movie 43," as well as "Labor Day," alongside Josh Brolin and Tobey Maguire.