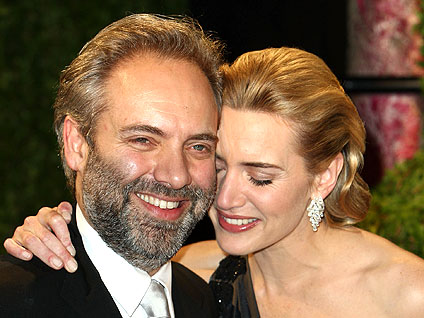 NEW YORK (CBS) Could Kate Winslet and Sam Mendes be giving their romance another shot?

After separating earlier this year, the actress and her film director husband are spending the summer as a family in England, according to British reports.

According to Newser, which cites a report in Britain's Sunday Express, Winslet and Mendes are at one of their homes in England, trying to "reignite their spark."

"They are going to stay at the house with the children this summer and see if they can reignite their spark," says a source via Newser. "Sam has always been able to walk away from girlfriends before, but now there are children involved; he wants to see if he can work it out with Kate."

The couple, who separated after nearly seven years of marriage, have one son, Joe, and are raising Winslet's daughter, Mia, from the actress' previous marriage to director Jim Threapleton.

Winslet and Mendes were introduced by mutual friend Emma Thompson in 2001 after Winslet ended her marriage to Threapleton. The pair married in 2003.