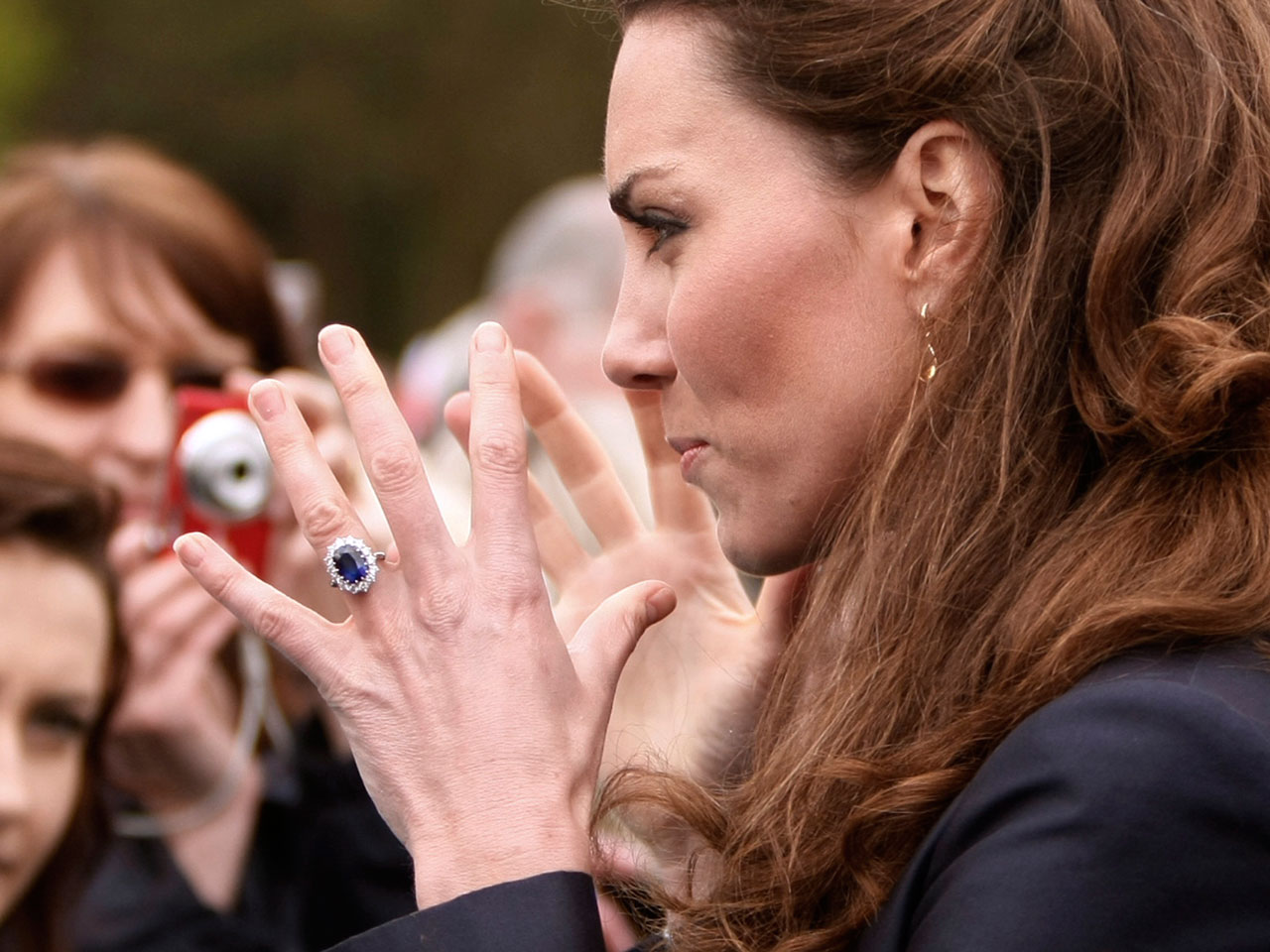 (CBS) Kate Middleton is reportedly having her famous engagement ring resized to fit her finger better.

The paper reports that Middleton, who appears to have slimmed down as her wedding day approaches, was afraid the ring would fall off.

A source told The Sun, "The band was turning. Kate absolutely adores it and didn't want to cause a fuss."

"A bride's worst nightmare is looking down and seeing her ring has fallen off," the source added. "One can only imagine how this is magnified when you are marrying the future King of England."

The diamond-and-sapphire ring was Princess Diana's engagement ring. Prince William, 28, gave it to Middleton, 29, when he proposed. Their engagement was announced last November.