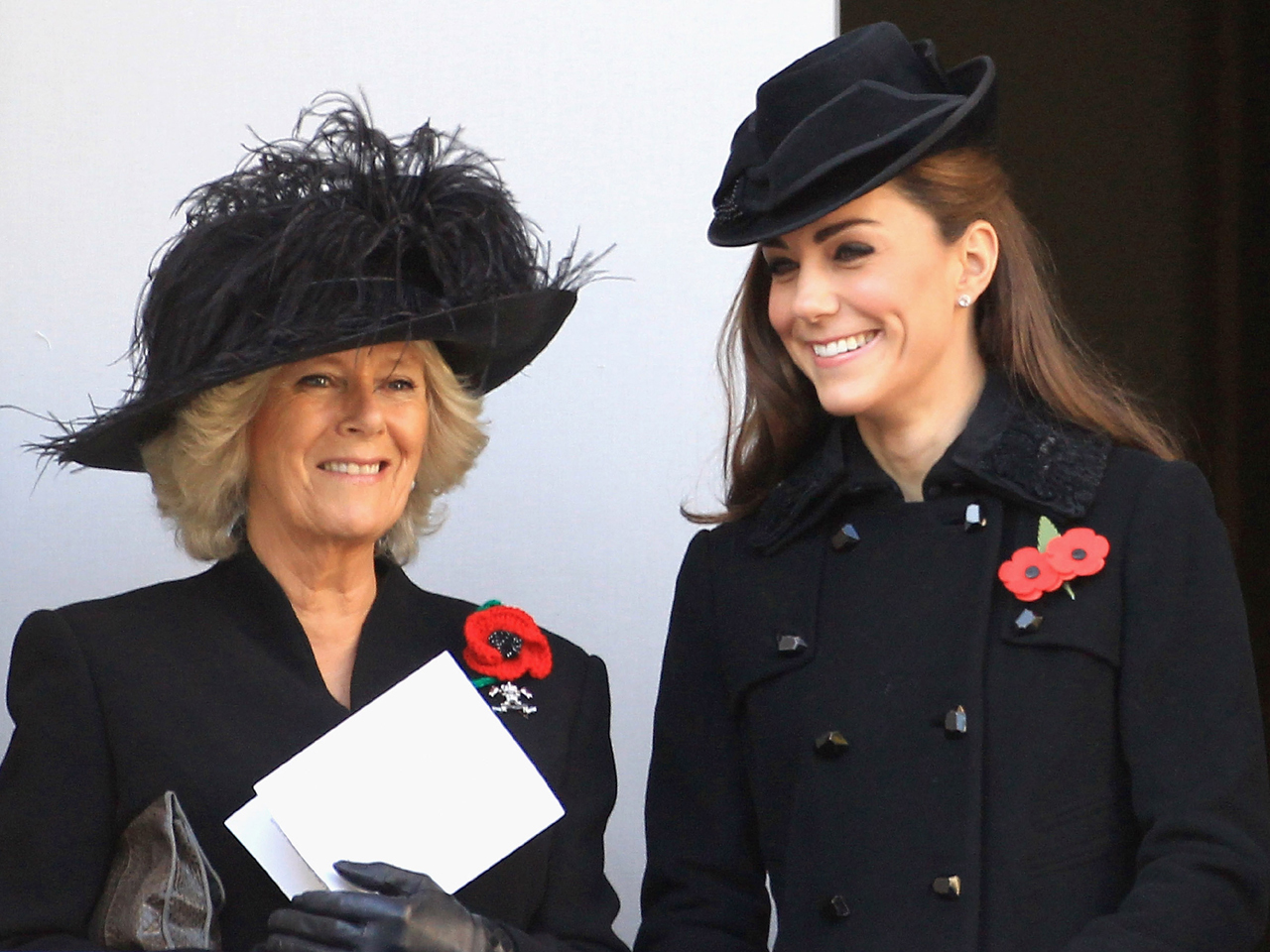 (CBS) Dressed in all black, down to her hat, the Duchess of Cambridge took part in her first Remembrance Day as a member of the monarchy.

The former Kate Middleton watched the Sunday morning ceremony, which honors Britain's fallen soldiers, from a balcony alongside Camilla, Duchess of Cornwall, and Sophie, Countess of Wessex.

Kate's coat, according to the Daily Mail, was by Diane Von Furstenburg. She adorned it with two poppy pins, a symbol of Remembrance Day.

Prince Harry was not there because he is taking part in military training in the United States. According to the palace, he attended his Army Air Corps squadron's Remembrance Day ceremony in Arizona.