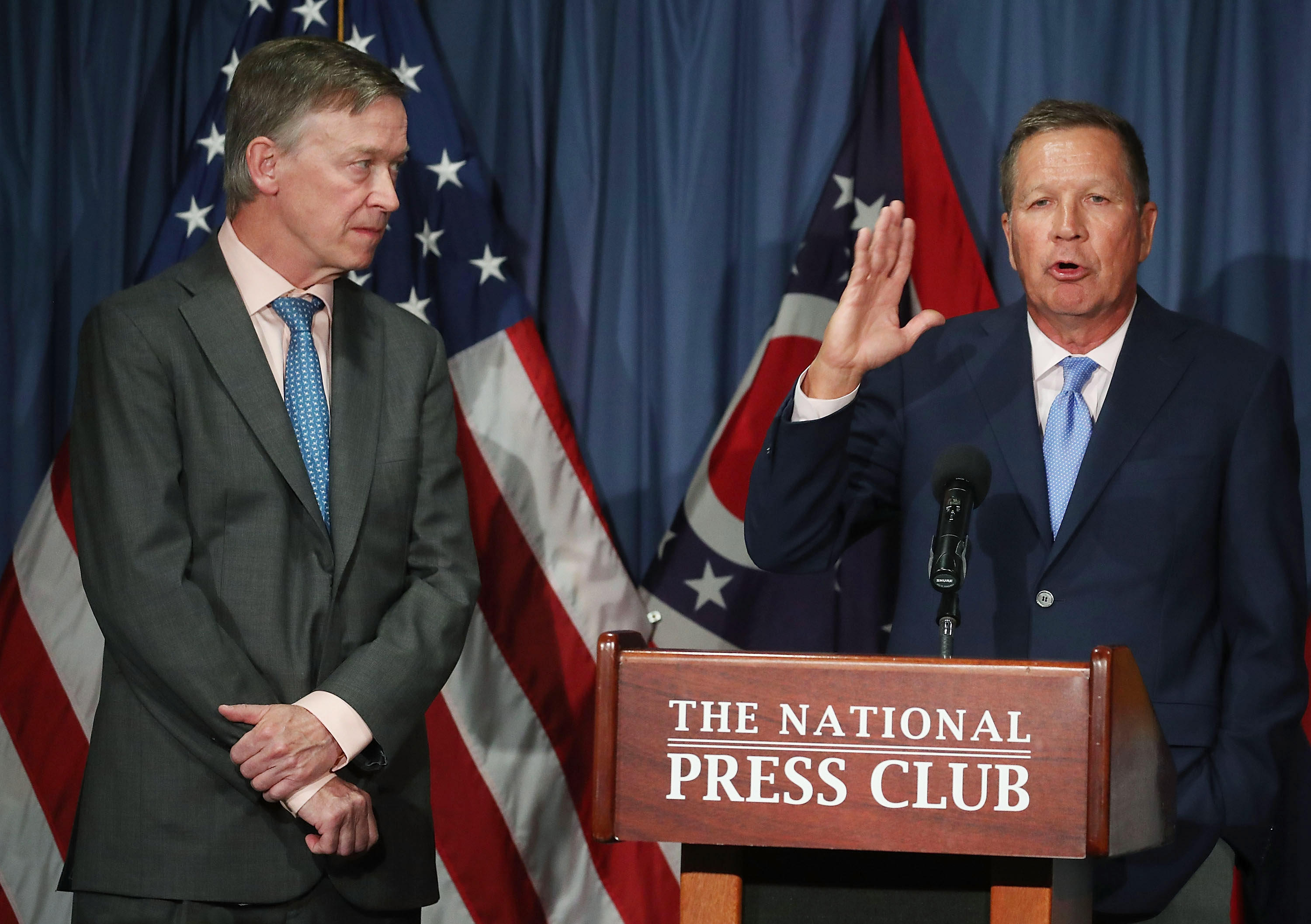 Ohio Governor John Kasich and Colorado Governor John Hickenlooper joined forces on Tuesday to urge Senate Democrats to call for a re-write of the Republican health care bill before they come to a vote by the end of this week.

"The bill the CBO (Congressional Budget Office) did an analysis of is really not acceptable to me in terms of being governor," said Kasich at the National Press Club.

Kasich said while he feels the bill is "inadequate" in addressing the needs of millions of Americans who stand to lose coverage under the Better Care Reconciliation Act, he called on Democrats to work constructively with Republicans to come with a sustainable solution.

"They can improve this bill even if they have to start over again, these Democrats should stand and challenge Republicans to negotiate with them," said Kasich.

He added, "People of good intent can sit down and fashion a solution and begin a discussion on rising health care, it can be done and should be done in a bipartisan way. This is not good enough to shove this in a closet somewhere because there are big challenges."

Kasich said when encountering criticism over his lack of party loyalty on the issue, "No one should think I have any joy in working against the leadership of my party."

He added, "My job is to be intellectually honest and that's what intend to do."

"The fact that the Senate is going to do a bill in secret in a short period of time and try to sell the notion that this is an improvement of health care is a bad joke," said Hickenlooper.

The governor said in his state alone, 188,000 people, more than half in rural areas, would see negative impacts by the bill, many losing coverage as a result.

"Governor Kasich and I won't agree on everything, but agree we've got to control the rise in health care costs on all levels," said Hickenlooper.

Hickenlooper echoed Kasich's suggestions for bipartisan action on a new version of the bill, which he recommended would take 6-8 months to complete.