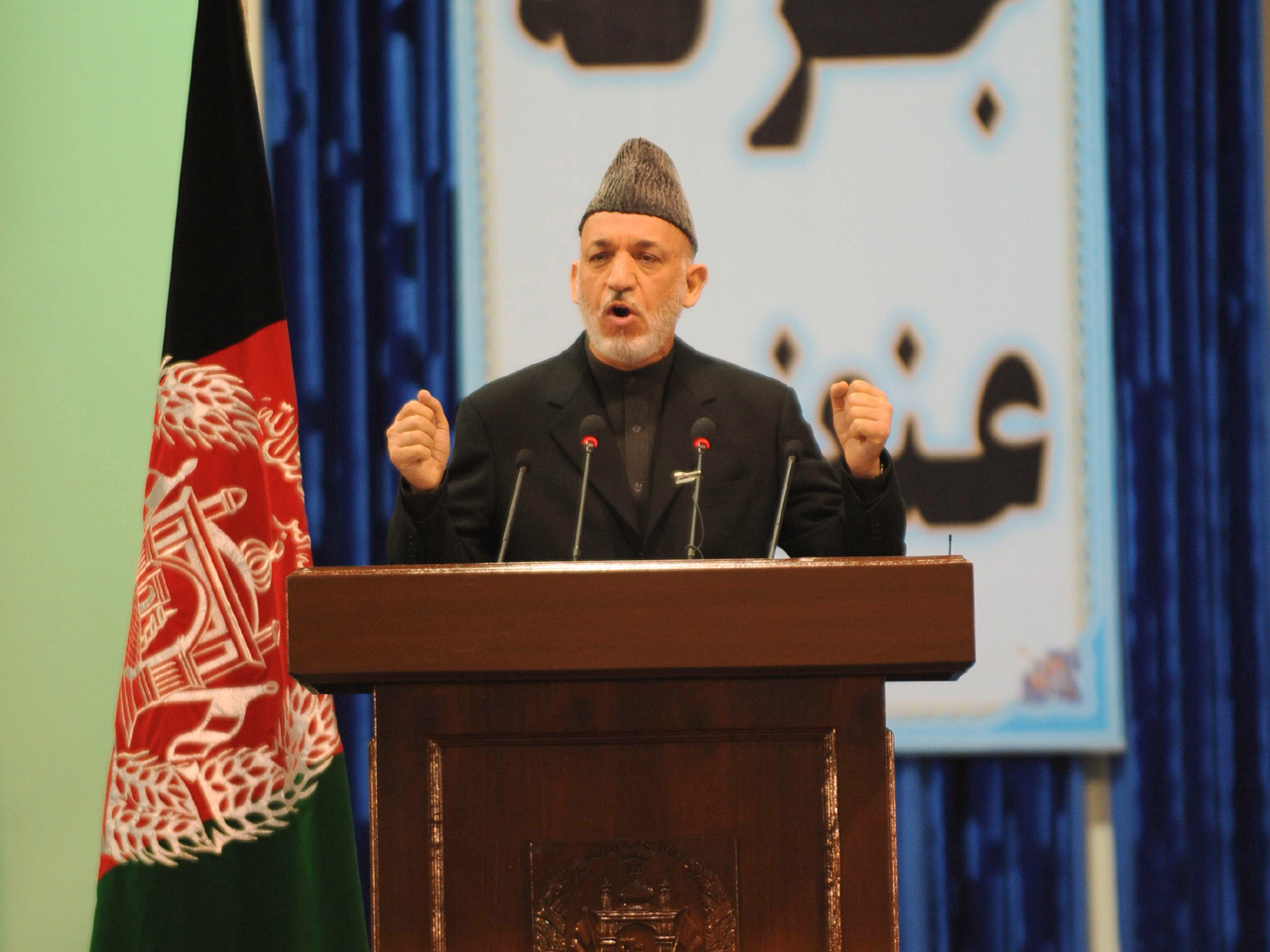 (CBS) Afghan President Hamid Karzai didn't mince his words at the opening of the grand assembly known as a Loya Jirga.

"All night raids and searches of Afghan homes should stop immediately," he said. It is a tough talk but likely a hard sell to the American forces, because they rely on these raids to cripple the insurgency.

ISAF spokesman, Lieutenant Colonel Jimmie Cummings, would not comment directly on Karzai's call to end the night raids, but described them as, "an essential part of our operations."

Cummings also said they were the safest operations conducted by the military alliance. "Over 85 percent are conducted without a single shot being fired and all night raids are performed with Afghan security forces."

Suspected U.S. strikes kill 16 in Pakistan
As many as 70 insurgents killed in Afghanistan
Complete coverage: Afghanistan

Karzai began the assembly first by outlining the purpose for the gathering: to find a way forward in the peace process and define Afghanistan's relationship with the U.S. and the West in general after combat troops withdraw in 2014.

More than 2,000 Afghan tribal elders came to listen, but his words were not just aimed at them. Karzai also had clear messages for the U.S., Iran and Pakistan.

The Afghan leader described his nation as a lion that needs to be respected.

"We are willing to have an enduring and long-term partnership with the U.S., but this relationship should be based on mutual respect between two sovereign nations on equal terms."

He had a veiled message to Iran and Pakistan: "Our relationship with our neighbors and other countries should be left to us to determine. The Afghan soil should not and will not be used against any other country under any circumstances."

Iran has been weary of Afghanistan's relationship with the Washington. On a visit to Kabul last year, Iran's president Mahmoud Ahmadinejad accused America of trying to gain strategic influence in the region.

But Pakistan has itself been accused of supporting terror groups that operate inside Afghanistan.

The former Chairman of the Joint Chiefs of Staff, Admiral Mike Mullen, said the Haqqani network was a "veritable arm" of Pakistan's intelligence service to congress, a statement that Washington stepped back from.

Kabul and Washington has also told Pakistan it is not doing enough to close down the safe-havens Afghan insurgent groups, like the Taliban and the Haqqani network, enjoy in their country.

Karzai touched on the issue today: "The fight on terrorism has not been successful. It should not be fought in our villages but in the safe havens."

Wednesday is just the beginning of a 4-day assembly, but some in Afghanistan question its legitimacy as it is conducted outside of the parliament. The major opposition politicians boycotted the event, calling it illegal and an attempt by Karzai to circumvent democracy.