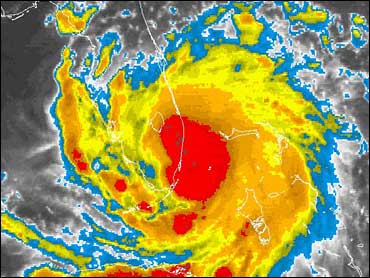 First baseman Eric Karros, a model of consistency who has often said he hoped to be part of the Los Angeles Dodgers for life, took a big step in that direction Friday.

A subject of trade rumors much of last season who could have been eligible for free agency next fall, Karros agreed to a $24 million, three-year contract extension with a club option that could make the deal worth $32 million.

"Going into this offseason, I was very hopeful we'd be able to work out an extension," said Karros, who will earn $5 million in 2000 the final year of a $20 million, four-year deal. "It's something that I wanted from day one."

Also, Karros gets a no-trade clause through the 2001 season and he will give $100,000 each year to area charities, including UCLA, his alma mater; the St. Francis Medical Center, and Los Angeles County Schools.

"I'm very excited to continue my career here in Los Angeles and look forward to getting this thing rolling on Wednesday," Karros said in a conference call, referring to the team's first full spring training workout in Vero Beach, Fla.

"I don't think I ever doubted that it would happen," he said. "Again, as I've found in this game, there's always a chance that something that you want and desire may not happen. Until we finally came to an agreement and I signed the deal last night, there was always that uncertainty."

The senior Dodger in length of service, Karros hit .304 last season with 40 doubles and 112 RBIs all career highs. He also hit 34 homers, equaling a career best.

Karros, the team's sixth-round pick in the 1988 amateur draft, played his first game for the Dodgers in 1991 and has been their regular first baseman since May 1992.

Karros has hit over 30 homers and driven in over 100 runs in four of the last five years. He has a lifetime batting average of .273 with 211 homers and 734 RBIs, and is tied with Steve Garvey for second place on the Los Angeles career home run list behind Ron Cey, who hit 228.

"I wanted to make sure going into the season we had a deal in place with Eric," said Bob Daly, the Dodgers' chief operating officer. "Eric deserves this contract. I had no doubt I wanted Eric Karros to stay. He wanted to stay, which is important.

"He is a person I and the rest of the Dodger organization feel very strongly represents the type of person we want to be a long-term player with the Dodgrs."

Dodgers general manager Kevin Malone, acknowledging the team had an opportunity to trade Karros last season, said signing him to an extension was a priority.

"I think this move is symbolic of what we've done during the offseason," Malone said. "This was part of our original plan. Not only did we set out to balance the lineup, but also make long-term commitments to players that we want to be here to help us win."

"We're proud to have this done prior to spring training," said Jeff Moorad, Karros' agent. "It did not take an enormously long time to put this together. In fact, it came together quite easily. Eric has achieved tremendous things for the organization on and off the field over time. At long last, the Eric Karros trade rumors are behind us."