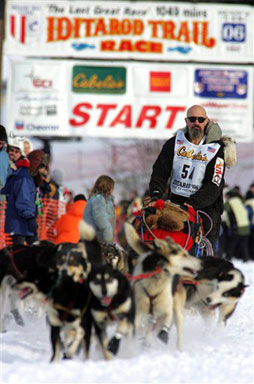 Karlsson won $137,500 from the purse of $817,000 when third-round leader Retief Goosen of South Africa lost his touch in the strong winds blowing off the North Sea and onto the Royal Zoute links.

Karlsson finished at 12-under 272, one shot ahead of Goosen and Jamie Spence of England. Sweden's Per-Ulrik Johansson, who led after 36 holes, and New Zealand's Greg Turner finished at 275.

Karlsson and Spence were three shots off the pace going into the blustery final round. They strung together a flurry of birdies and put pressure on Goosen, who finished with a 70.

Defending champion Lee Westwood, who was eight shots back early Friday and was back in the hunt by the time the final round started, had four consecutive bogeys that cost him dearly. He finished with a 72 and a 280 total.

Karlsson had last won the BMW event in 1997 and finished third in Knokke last year.