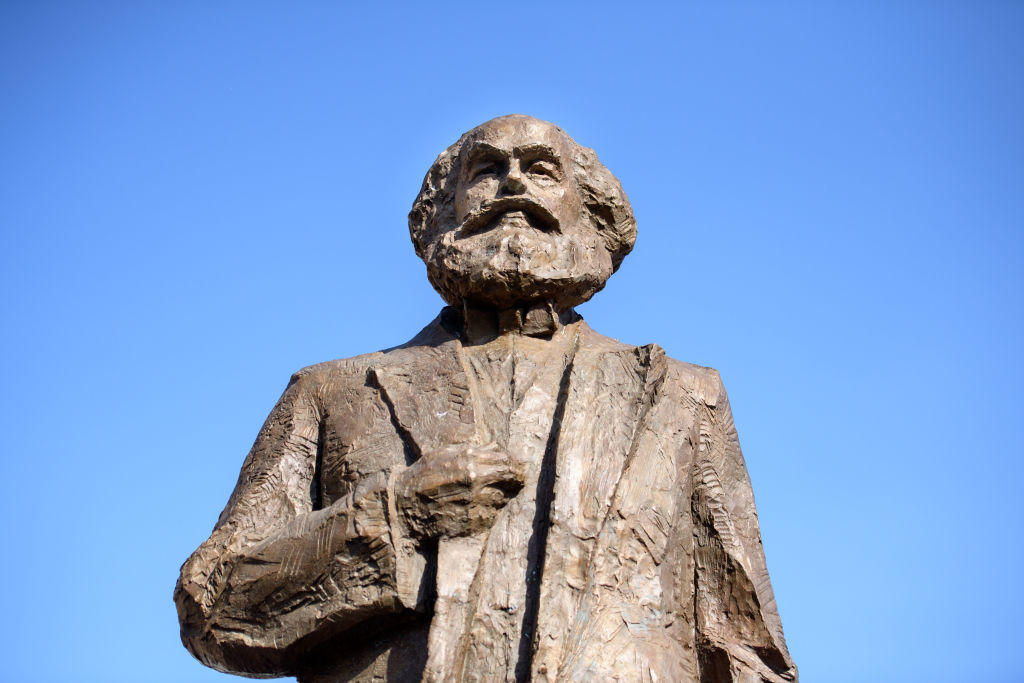 BERLIN -- A larger than life statue of Communist philosopher Karl Marx was unveiled Saturday on the 200th anniversary of his birth in the western German town of Trier. The celebratory uncovering of the 14-foot bronze statue of Marx, donated by China, sparked criticism by some who blame Marx for crimes committed by social revolutionaries in Russia, China and elsewhere in the name of Communism.

About 200 guests, including a delegation from China, applauded during the anniversary celebrations, when a bright red cover was lifted from the statue which depicts Marx with a frock and his signature bushy beard.

Marx laid the philosophical foundations for Communism, an ideology that aims for shared ownership of the means of production and the absence of social classes. He explained his thoughts in two famous works, the Communist Manifesto and Das Kapital.

The ceremony and speeches in Trier were at times disturbed by the shouting and whistling of different groups of nearby protesters.

"The present from China is a pillar and a bridge for our partnership," said Malu Dreyer, the governor of the state of Rhineland-Palatinate, where Trier is located.

A German group representing victims of Communism criticized the Marx anniversary celebrations saying they lacked a debate about the philosopher's support of violence in the abolishment of social classes.

"We say yes to a debate about Marx, but no to his worship," the group's leader, Dieter Dombrowski, said in a statement.

When Germany was divided after the end of World War II, the eastern part was under Communist rule from 1949 until the country's reunification in 1990. Some East Germans say they still suffer from the long-term effects of the Communist regime's suppression and violence against its critics.

In China, on the other hand, President Xi Jinping hailed Karl Marx as "the greatest thinker of modern times."

"Today, we commemorate Marx in order to pay tribute to the greatest thinker in the history of mankind and also to declare our firm belief in the scientific truth of Marxism," Xi said during an address Friday at the Great Hall of the People in Beijing.

"There's no doubt that there's a political agenda behind it," Christian Soffel, a Chinese studies professor at Trier University, told the Washington Post.

China launched market reforms three decades ago, but the party keeps an iron grip on power.