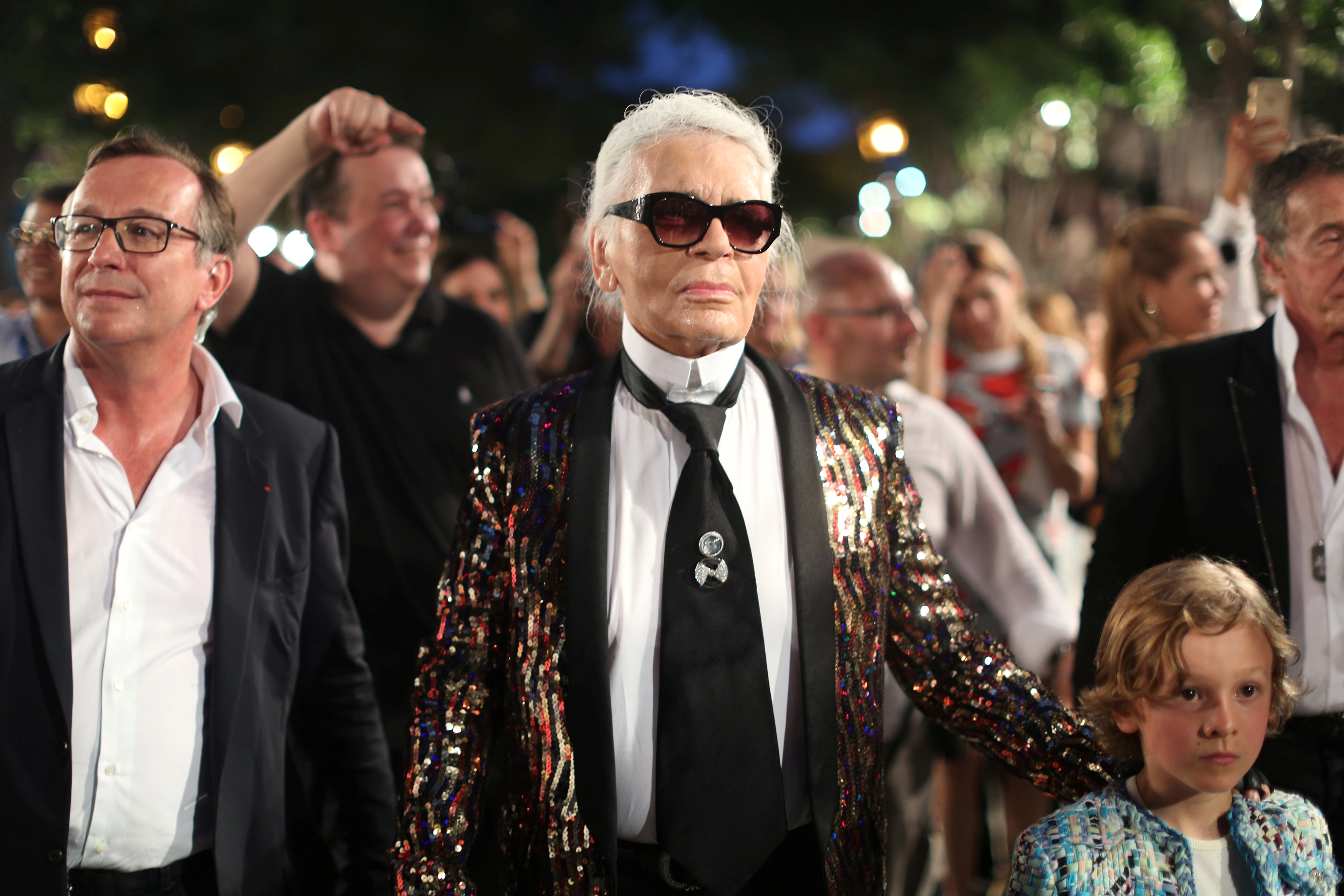 PARIS -- Fashion icon Karl Lagerfeld criticized Kim Kardashian to The Associated Press for being too flashy with her money following her $10 million heist, while Usher brushed away safety concerns around the ordeal that continued to dominate Paris Fashion Week.

Chanel’s couturier suggested that Kardashian was partly to blame for the heist, in which the reality television star was tied up and robbed of millions of dollars of jewelry.

“[She is] too public, too public -- we have to see in what time we live. You cannot display your wealth then be surprised that some people want to share it,” Lagerfeld said after the Chanel show.

“I don’t understand why [Kardashian] was in a hotel with no security and things like this. If you are that famous and you put all your jewelry on the net, you go to hotels where nobody can come near to the room,” he added.

Meanwhile, American singer Usher -- who arrived in Paris hours after Kim Kardashian was tied up and robbed of $10 million worth of jewelry and is familiar with the residence it occurred in -- says he’s defiant in the face of the crime.

“I feel more secure than ever, absolutely [safe],” her said, adding that he has stayed in the No Address Hotel -- where the heist occurred -- and said it still remains a secure environment.

The No Address Hotel, or L’Hotel de Pourtales, is a favorite of A-list celebrities, with past guests reportedly including Leonardo DiCaprio, the late Prince, Madonna, Jay Z and Beyonce.

“It’s very unfortunate that that would be the one thing that would represent this incredible week of fashion, so I hope that it doesn’t overshadow,” Usher said.

“[Gun crime] like that happens all the time. In America, people get robbed everywhere, man. Unfortunately it does maybe take a celebrity to shine a light on unfortunate situations,” he said.

Courtney Love, who sat next to Kardashian at the Givenchy show on the eve of the robbery, spoke of her profound shock. But she said that it wouldn’t make her reconsider coming back to the City of Light.

“As a friend of hers, I feel very horrified,” Love said. “It was terrible. ... [But] I don’t see the underbelly so much. Maybe I should more. It’s a bubble for me.”

But only last year, the former Hole singer wasn’t so unfazed by Paris turmoil when she had her car attacked by striking taxi drivers. “The Uber thing, that was terrifying,” she acknowledged.

Last June, Love made headlines by tweeting: “They’ve ambushed our car and are holding our driver hostage,” and “They’re beating the cars with metal bats. This is France?? I’m safer in Baghdad.”