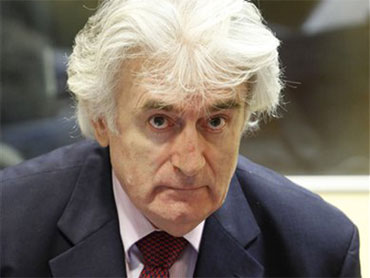 Radovan Karadzic has appeared in the Yugoslav war crimes tribunal's courtroom for the first time since his trial began last week to argue for more time to prepare his defense.

Karadzic has boycotted the first three days of his trial on 11 charges linked to his alleged role in masterminding Serb atrocities throughout the Bosnian war.

Karadzic says he has not had enough time to prepare his defense even though he was indicted in 1995 and has been in custody for 14 months.

Judges have warned Karadzic they may impose a defense attorney on him if he continues his boycott. Karadzic is defending himself.

He said before Tuesday's hearing he wants to help judges find a way out of the stalemate he created.