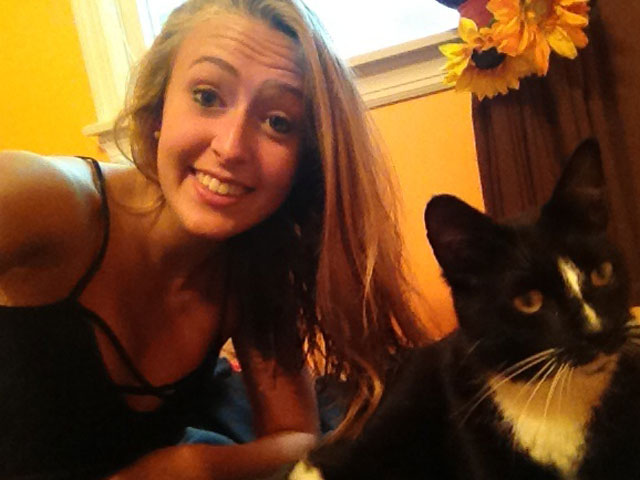 (CBS/AP) ELIZABETH, N.J. - A New Jersey teenager who launched an extensive search after she tweeted last September that she was being abducted has admitted she made it all up.

Under terms of a plea agreement, a judge ordered the teen to serve 40 hours of community service at the Elizabeth police and fire departments to understand the effect false reports can potentially have on operations. She also was sentenced to a year of probation, a six-month suspension of her driver's license and was ordered to pay $2,000 in restitution.

Alongi vanished Sept. 30, 2012 after posting a message on her Twitter account that alluded to an intruder in her house, police said.

The message prompted the hashtag "helpfindkara" to trend on the social network, and caused some 6,000 calls to 911.

The teen was found two days after she went missing at a New Jersey Turnpike rest stop in Penns Grove.

After she was found, Alongi told authorities that a man had come into her home and forced her to pack a bag and leave, investigators said. The teen also claimed she had no memory of the following 46 hours and that she woke up in a house surrounded by three men, including her alleged abductor, prosecutors said.

A nine-month investigation revealed that Alongi left home on her own accord and was never in danger, prosecutors said.

In the days following her disappearance, investigators discovered someone called for a taxi at Alongi's address at around the same time the message was posted. Police had also released a photo of Alongi at the Rahway train station, carrying a backpack. Police said she bought a ticket to Penn Station.

The teen spent time in New York, New Jersey and Maryland during the time she was missing, prosecutors said.

"This was a calculated act," stated Union County Assistant Prosecutor Susan J. Gleason. "And the response to this false alarm represented countless man-hours on the part of investigators."