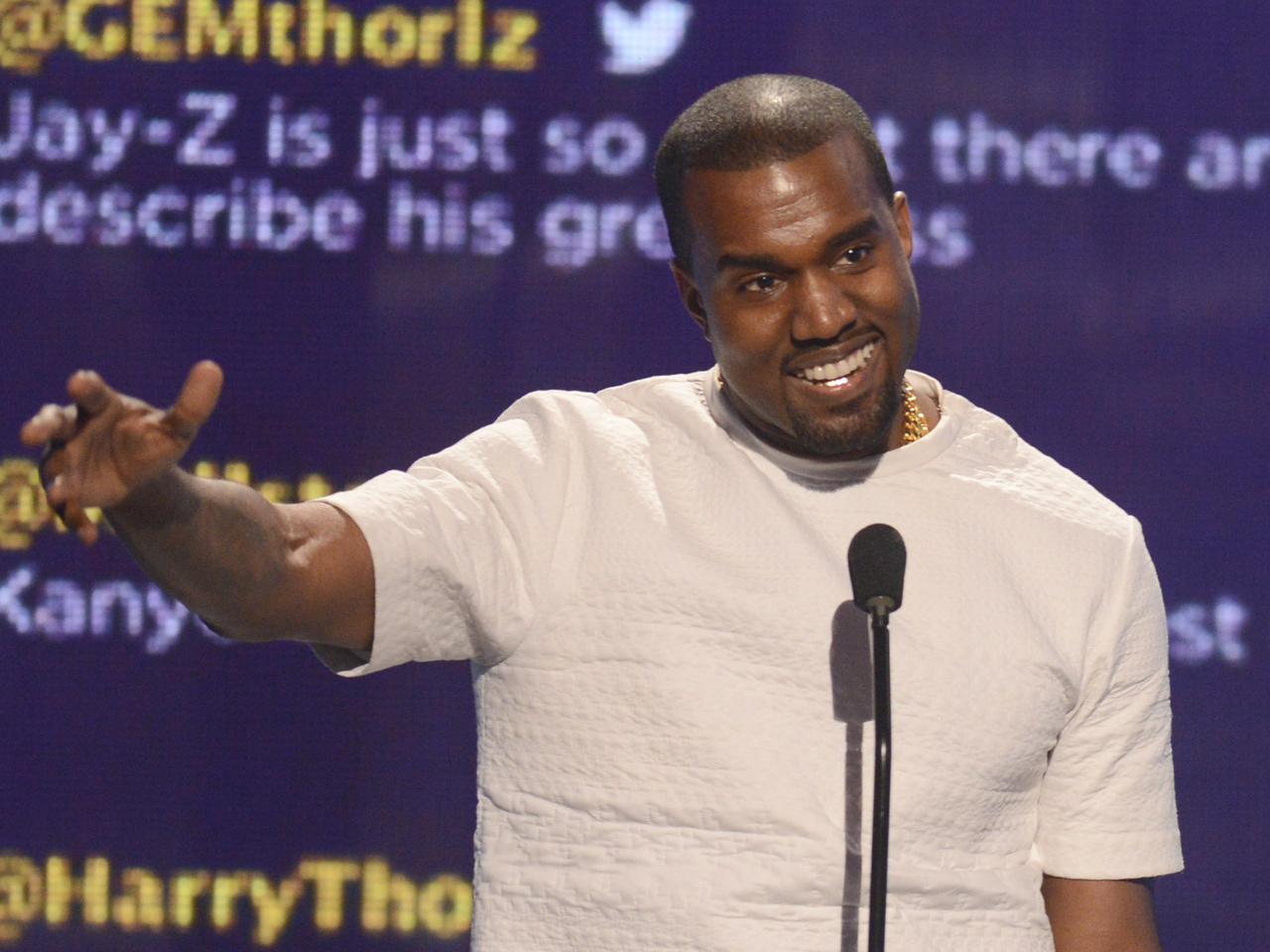 No one has ever accused Kanye West of being modest. And in a New York Times article published Tuesday, the 36-year-old rapper was anything but humble.

West -- who will soon become a father for the first time with girlfriend Kim Kardashian -- compares himself to Michael Jordan and Steve Jobs, and basically says he's Jesus -- oh sorry, Yeezus. He also declares that he has no regrets, not one single one, not even the kind that include a little Miss Taylor Swift. (West essentially takes back his apology, saying that he only said he was sorry as a result of peer pressure. So take that, Swift -- Kanye ain't sorry for stealing your thunder at the MTV Video Music Awards all those years ago.)

Below are some of the best boasts and quotes from the interview:

1. "I don't know if this is statistically right, but I'm assuming I have the most Grammys of anyone my age, but I haven't won one against a white person."

2. "But the thing is, I don't care about the Grammys; I just would like for the statistics to be more accurate."

3. "I remember when both Gnarls Barkley and Justin [Timberlake] lost for Album of the Year, and I looked at Justin, and I was like: "Do you want me to go onstage for you? You know, do you want me to fight"

4. " I am so credible and so influential and so relevant that I will change things. So when the next little girl that wants to be, you know, a musician and give up her anonymity and her voice to express her talent and bring something special to the world, and it's time for us to roll out and say, 'Did this person have the biggest thing of the year?' -- that thing is more fair because I was there."

6. "If anyone's reading this waiting for some type of full-on, flat apology for anything, they should just stop reading right now."

7. [On his "apology" to Swift] "It was a backhanded apology. It was like, all these raps, all these sonic acrobatics. I was like: 'Let me show you guys what I can do, and please accept me back. You want to have me on your shelves.'"

9. "I knew when I wrote the line 'light-skinned friend look like Michael Jackson' [from the song 'Slow Jamz'] I was going to be a big star. At the time, they used to have the Virgin music [stores], and I would go there and just go up the escalator and say to myself, 'I'm soaking in these last moments of anonymity.' I knew I was going to make it this far; I knew that this was going to happen."

11. "Well, I just don't want to talk to America about my family. Like, this is my baby. This isn't America's baby."

12. "I'm still, like, slightly a snob, but I completely removed my snob heaven songs; I just removed them altogether."

13. "The idea of Kanye and vanity are like, synonymous. But I've put myself in a lot of places where a vain person wouldn't put themselves in. Like what's vanity about wearing a kilt?"

15. "I think what Kanye West is going to mean is something similar to what Steve Jobs means. I am undoubtedly, you know, Steve of Internet, downtown, fashion, culture. Period. By a long jump. I honestly feel that because Steve has passed, you know, it's like when Biggie passed and Jay-Z was allowed to become Jay-Z."

16. "I've been connected to the most culturally important albums of the past four years, the most influential artists of the past ten years. You have like, Steve Jobs, Walt Disney, Henry Ford, Howard Hughes, Nicolas Ghesquiere, Anna Wintour, David Stern."

17. [And in conclusion:] "I will be the leader of a company that ends up being worth billions of dollars, because I got the answers. I understand culture. I am the nucleus."