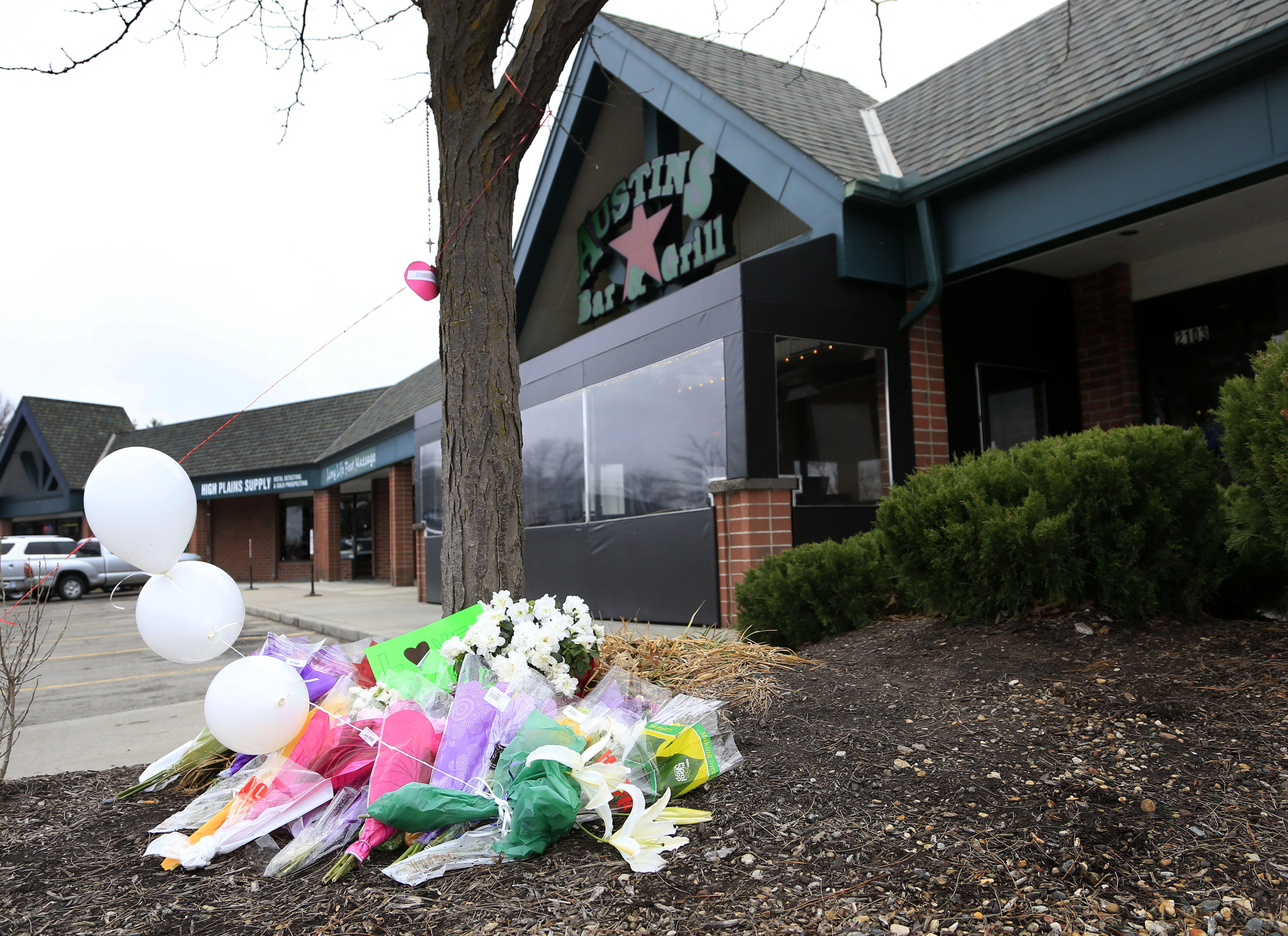 OLATHE, Kan. -- In the middle of a crowded bar, Adam Purinton yelled at two Indian men to “get out of my country,” witnesses said, then opened fire in an attack that killed one of the men and wounded the other, as well as a third man who tried to help.

Hours later, the 51-year-old former air traffic controller reportedly told a bartender in another town that he needed a place to hide because he had just killed two Middle Eastern men.

In India, the father of one of the wounded men called Wednesday’s attack in the Kansas City suburbs a hate crime, but authorities on Friday declined to discuss a motive as they investigated. The shooting swiftly stoked fears about the treatment of immigrants, who feel targeted by President Trump’s promises to ban certain travelers, build a wall along the Mexico border and put “America first.”

The president has been especially vocal about the threat posed by Islamic terrorist groups. Both of the Indian men were Hindu.

At the White House, press secretary Sean Spicer said any attempt to connect the president’s rhetoric on immigrants to the tragedy in Kansas “would be absurd,” CBS News correspondent Dean Reynolds reports.

The slain man was identified as Srinivas Kuchibhotla, 32. His widow said he came to the U.S. in 2005 to pursue a master’s degree at the University of Texas at El Paso and worked in Iowa for six years before moving to the Kansas City area.

“He did not deserve a death like this,” Sunayana Dumala said Friday at a news conference organized by her husband’s employer, the GPS device-maker Garmin. “I don’t know what to say. We’ve read many times in newspapers of some kind of shooting happening somewhere. I was always concerned, ‘Are we doing the right thing staying in the U.S. or America?’ But he always assured me good things happen in America.”

Though she did not mention Mr. Trump by name, she directed anger at the U.S. government, asking what officials would do to stop hate crimes.

“Not everyone will be harmful to this country,” she said.

Purinton was jailed on murder and attempted murder charges. His first court appearance was scheduled for Monday.

A bartender at Austins Bar and Grill in the suburb of Olathe said Purinton used racial slurs before firing. He was taken into custody about five hours later after speaking with another bartender at an Applebee’s some 70 miles away in Clinton, Missouri.

The Kansas City Star reported Purinton’s comments to the second bartender. The paper did not cite its sources.

The other men who were shot were identified as 32-year-old Alok Madasani, who was released from the hospital Thursday, and 24-year-old Ian Grillot, who remained hospitalized.

In a phone interview with The New York Times on Friday night, Madasani described the remarks made by the man sitting near him and Mr. Kuchibhotla on the restaurant’s patio. “He asked us what visa are we currently on and whether we are staying here illegally,” Mr. Madasani said. Both men were educated in the United States and were working here legally.

“We didn’t react,” Madasani said. “People do stupid things all the time. This guy took it to the next level.”

Madasani said he went in to get a manager, and by the time he returned to the patio, the man was being escorted out.

Authorities allege that Purinton returned a short time later and shot Madasani, Kuchibhotla and Grillot, who had intervened.

Madasani’s father, Jaganmohan Reddy, said he had spoken with his wounded son by phone from India and was worried about his safety.

“I request other parents to think twice before sending their children to the United States,” he said.

As engineers for Garmin, Kuchibhotla and Madasani worked at the company’s main campus just a mile from the scene of the shooting. Garmin is one of the region’s best-known employers.

Local police were working with the FBI. Spokeswoman Bridget Patton said the federal agency’s role is to help determine if a civil rights violation occurred.

Purinton, who is being held on $2 million bond, was moved Friday from Missouri to Kansas. Because he has not yet appeared in court, he did not have an attorney formally assigned to his case.

Beverly Morris, who has lived next door to Purinton in Olathe for about 20 years, said he never made her feel unsafe.

“He seemed like a good guy,” Morris said, but “anybody who knew him knew he had a drinking problem.”

Another neighbor, Michael Shimeall, told The Star that Purinton seemed friendly and never showed a temper “or anything like that.”

He recalled that Purinton was helpful with neighbors when they had to dig out after snowstorms or pick up a tree blown down by wind. He said Purinton had photos of the ships he served on in the Navy and other Navy items in his home.

FAA records from the 1990s indicate that Purinton was a pilot and was licensed to work in an airport control tower. Agency spokeswoman Elizabeth Isham Cory says Purinton left the FAA 17 years ago in 2000.

At the time of the attack, bar patrons were watching a college basketball game on television. When Purinton began harassing the two men, Grillot “stood up for them,” bartender Garret Bohnen told The Star.

Witnesses also told the newspaper about Purinton’s yelling about leaving the country.

As the gunfire began, Grillot hid under a table until nine shots had been fired. Believing the suspect’s magazine was empty, he chased the gunman in hopes of subduing him.

A bullet went through his right hand and into his chest, just missing a major artery but fracturing a vertebra in Grillot’s neck.

“Another half inch, I could be dead or never walk again,” he said Thursday from his hospital bed in a video from the University of Kansas Health System.

He did not describe what led to the shooting, saying only that he felt compelled to intervene to help others.

“I was just doing what anyone should have done for another human being,” he said.

About 60 children were playing at a church across the street from the bar when the shooting happened. Jeramie Albin, a volunteer for the youth program at First Baptist Church, said Friday that he didn’t think much about a noise that sounded like “somebody dropped a bunch of books.”

Then he learned about the shooting.

The church immediately went into lockdown. Volunteers herded children into the church basement, careful not to scare them, while police officers arrived on the scene. For the next 20 minutes, volunteers led songs to distract the children from police lights outside and helicopters overhead.

The bar was scheduled to reopen Saturday even as the community tries to recover from the attack.

The Indian government said its diplomats would monitor the Kansas investigation. Kuchibhotla was from the southern state of Telangana, and his body was to be transported to the capital city of Hyderabad, where his family lives.

Mourners poured into Hyderabad. His parents have another son working in the United States.