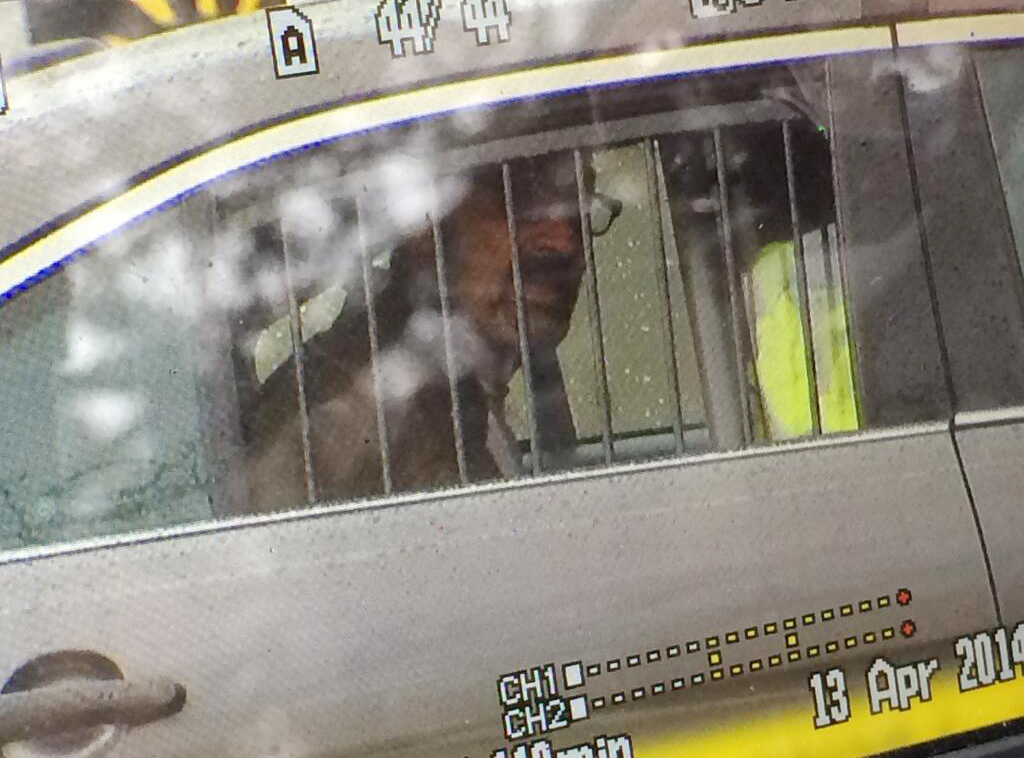 OVERLAND PARK, Kan. -- The man accused of killing three people Sunday in attacks at a Jewish community center and Jewish retirement community near Kansas City is a well-known white supremacist and former Ku Klux Klan leader who was once the subject of a nationwide manhunt.

Frazier Glenn Cross, of Aurora, Mo., was booked into Johnson County jail on a preliminary charge of first-degree murder after the attacks in Overland Park.

At a news conference, Overland Park police Chief John Douglass declined to publicly identify the man suspected in the attacks. But CBS News confirmed Sunday that the suspect in custody is Frazier Glenn Cross, 73, of Aurora, Mo., also known as Frazier Glenn Miller.

Local officials have said they are waiting for the conclusion of their investigation to determine whether or not it was a hate crime. On Monday, U.S. Attorney General Eric Holder said Justice Department prosecutors will also investigate whether federal hate crimes were committed.

According to police, the attacks happened within minutes of one another. At around 1 p.m. a gunman shot two people in the parking lot behind the Jewish Community Center of Greater Kansas City. He then drove a few blocks away to a Jewish retirement community, Village Shalom, and gunned down a woman or girl there, Douglass said. Officers arrested him in an elementary school parking lot a short time later.

Police said the attacks at both sites happened outside, and that the gunman never entered any buildings. Douglass said the gunman also shot at two other people during the attacks, but missed.

Authorities declined to release the victims' names pending notification of their relatives, and the identity of the person shot at the retirement community was still unknown early Monday. However, the family of the first two victims put out a statement identifying them as Dr. William Lewis Corporon, who died at the scene, and his 14-year-old grandson, Reat Griffin Underwood, who died at Overland Park Regional Medical Center.

They were both Christian, and the family thanked members of their church congregation, among other people, for their support.

Douglass said the suspect made several statements to police, "but it's too early to tell you what he may or may not have said." He also said it was too early in the investigation to determine whether there was an anti-Semitic motive for the attacks or whether they will be investigated as hate crimes. The Jewish festival of Passover begins Monday.

The suspect was shouting anti-Semitic slogans as he was arrested, CBS affiliate KCTV reported. KCTV's Bonyen Lee said the suspect appeared to yell "Heil Hitler" as he was taken away.

"I've been told he was yelling 'Heil Hitler' as he was being taken away in cuffs," Rabbi Herbert Mandl, who serves as a chaplain for the Overland Park Police Department, told CNN.

Although the suspect was booked under the last name Cross, he is probably better known as Frazier Glenn Miller. A public records search shows he has used both names, but he refers to himself on his website as Glenn Miller and went by the name Frazier Glenn Miller in 2006 and 2010 campaigns for public office.

The Southern Poverty Law Center, which tracks hate groups, said it reached Miller's wife, Marge, by phone and that she said authorities had been to their home and told her that her husband had been arrested in Sunday's attacks. Calls by The Associated Press to a number listed as Miller's on his website were met by a busy signal or rang unanswered.

According to the law center, Miller has been involved in the white supremacist movement for most of his life. He founded the Carolina Knights of the Ku Klux Klan and was its "grand dragon" in the 1980s. The Army veteran and retired truck driver later founded another white supremacist group, the White Patriot Party, the center said.

Miller was the subject of a nationwide manhunt in 1987 for violating the terms of his bond while appealing a North Carolina conviction for operating a paramilitary camp. The search ended after federal agents found Miller and three other men in an Ozark mobile home, which was filled with hand grenades, automatic weapons and thousands of rounds of ammunition. Miller tried running for U.S. House in 2006 and the U.S. Senate in 2010, espousing a white power platform each time.

The attacks rattled Overland Park, a suburb of about 180,000 residents south of Kansas City.

President Obama released a statement expressing his grief over the attack, and Kansas Gov. Sam Brownback vowed to bring those responsible to justice.

"My heart and prayers are with all those who were affected by today's events," Brownback said in a statement. "We will pursue justice aggressively for these victims and criminal charges against the perpetrator or perpetrators to the full extent of the law."

Liz Cheney says "it's the beginning the battle" ahead of Republican primary loss
Thanks for reading CBS NEWS.
Create your free account or log in
for more features.
View CBS News In
CBS News App Open
Chrome Safari Continue
Be the first to know
Get browser notifications for breaking news, live events, and exclusive reporting.