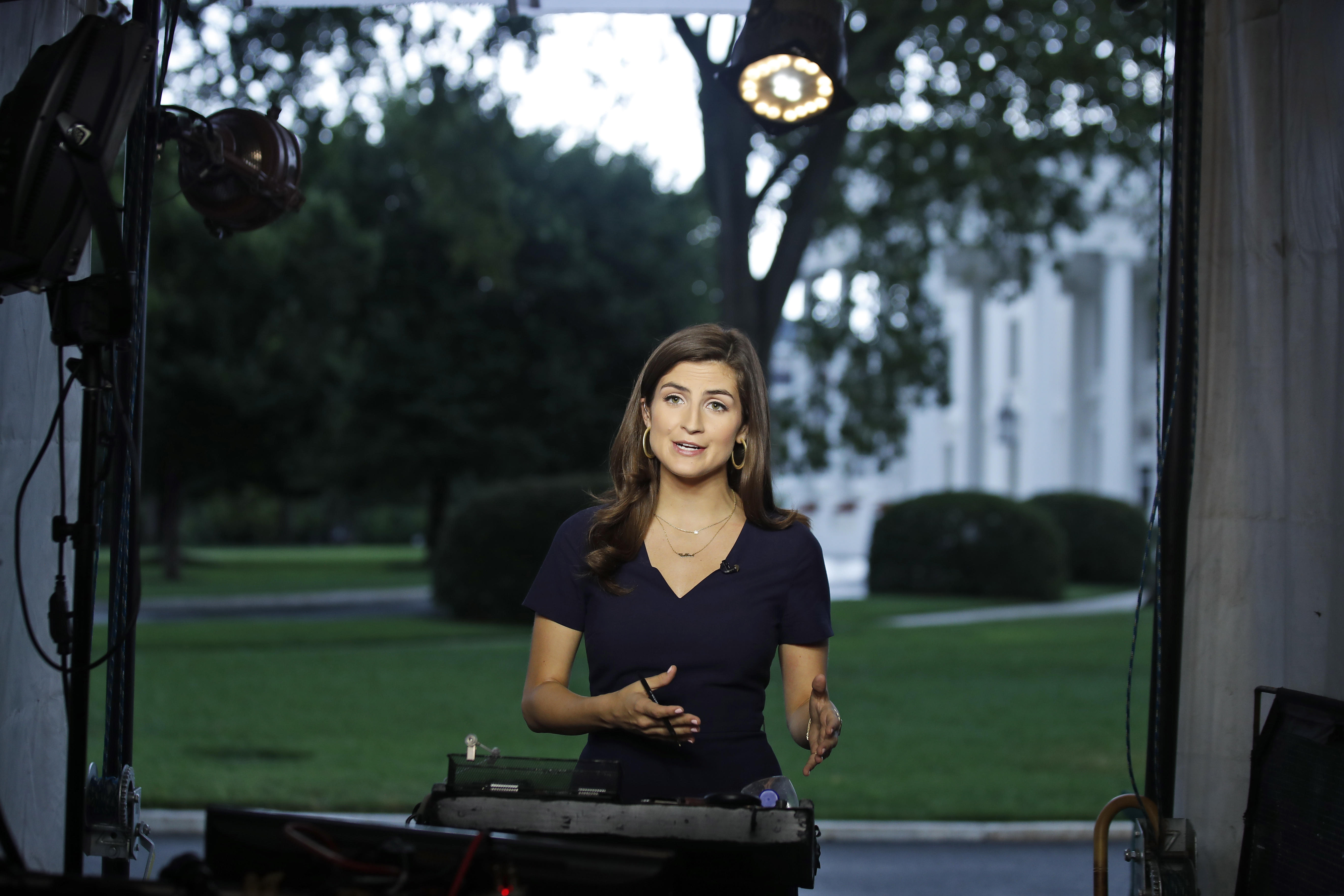 WASHINGTON -- A CNN correspondent said she was barred from attending an open press event Wednesday at the White House because of questions she asked President Trump earlier in the day. Kaitlan Collins and her employer, CNN, say the White House denied Collins access to Mr. Trump's Rose Garden event with the European Commission president because officials found her earlier questions "inappropriate."

Collins had served as a representative of the television networks during an earlier pool spray in the Oval Office. She and a handful of other reporters peppered the president with questions, including many focused on his former lawyer, Michael Cohen.

CNN on Tuesday obtained and aired a secret audio recording that captured Mr. Trump and Cohen discussing a potential payment to a former Playboy model who claims she had an affair with Mr. Trump.

It is standard protocol for reporters to ask the president questions at such events, and Mr. Trump, unlike some of his predecessors, often engages.

Collins says she was later reprimanded by press secretary Sarah Huckabee Sanders and communications chief Bill Shine and told she could not attend the Rose Garden event, which was open to all other members of the credentialed media.

According to CBS News' Mark Knoller, an image from the press camera shows Shine, a former Fox News executive, seen with arms crossed at the Oval Office door, watching the press pool try to ask Mr. Trump questions as press office aides tried to move pool out of the room.

CNN, in a statement, objected to the move, calling it "retaliatory in nature" and "not indicative of an open and free press."

"Just because the White House is uncomfortable with a question regarding the news of the day doesn't mean the question isn't relevant and shouldn't be asked," the network said.

The White House Correspondents' Association (WHCA) also issued a harshly worded statement condemning "the White House's misguided and inappropriate decision today to bar one of our members from an open press event after she asked questions they did not like."

"This type of retaliation is wholly inappropriate, wrong-headed, and weak. It cannot stand," Olivier Knox, the WHCA president, said. "Reporters asking questions of powerful government officials, up to and including the president, helps hold those people accountable. In our republic, the WHCA supports the prerogative of all reporters to do their jobs without fear of reprisal from the government."

And Fox News President Jay Wallace said, "We stand in strong solidarity with CNN for the right to full access for our journalists as part of a free and unfettered press."

Sanders, in her own statement, defended the decision and claimed that Collins had "shouted questions and refused to leave despite repeatedly being asked to do so" at the end of the Oval Office event.

Numerous reporters, including many from the European Union delegation, had been shouting questions, and, as usual, it took some time for the pack of journalists to file out the doors.

Sanders said the White House made clear that other CNN journalists were invited to the next event, just not Collins.

"To be clear, we support a free press and ask that everyone be respectful of the presidency and guests at the White House," she said.

Reporters went to Twitter on Wednesday night to respond to the White House's action. One journalist warned about the "precedent" this could set while another pointed out that "every member of the press pool" will have to be banned since asking questions is "what all of us do."