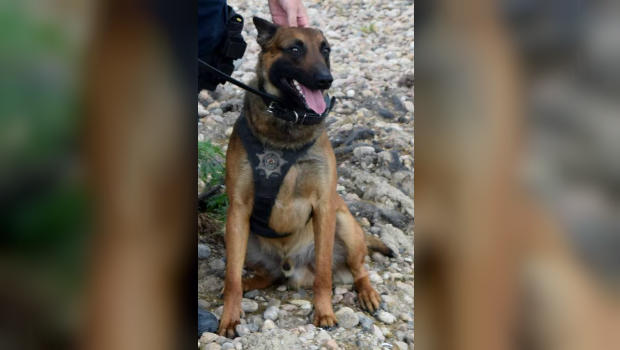 ADAMS COUNTY, Colo. -- A canine with the Adams County Sheriff's Office saved a deputy who was fighting with a suspect, CBS Denver reports.

A sheriff's deputy responded to a trespassing call around 1 a.m. on Saturday. While on the call, a man the deputy was talking to jumped a fence to get away.

The deputy ran after the man -- later identified as 25-year-old Gabriel Steven Garcia -- and became separated from his K-9 officer, a 3-year-old Belgian Malinois named Lex. The two began fighting.

According to the sheriff's office, Lex managed to unlatch a gate with his paw and come to the rescue of his handler. Garcia was subsequently apprehended and charged with attempted first-degree murder and assault in the attack on the deputy.

Garcia has been advised of his charges and is being held in lieu of $500,000 bail. He is scheduled to appear in court on Aug. 31, authorities said.