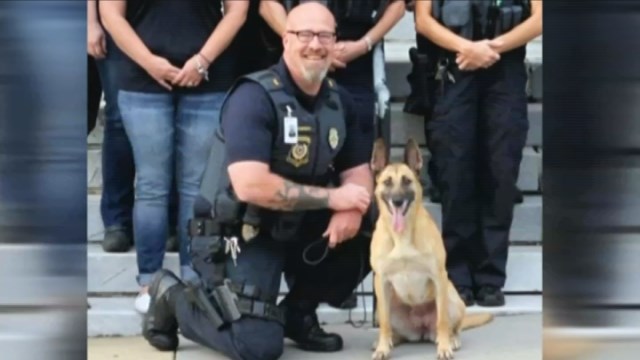 CHEROKEE COUNTY, Ga. -- Investigators have found the remains of a third dog at the previous home of a former K-9 police officer already charged with aggravated cruelty to animals, reports CBS affiliate WGCL.

Daniel Peabody was arrested in June after Inca, a Cherokee County Schools K-9 cop, was found dead of heat stroke in the former lieutenant's patrol car.

Peabody told police that he remembered that he left the dog in his patrol car a few hours later and when he went outside to check, he found Inca dead. Peabody also allegedly admitted to shooting another former K-9 partner, a yellow lab named Dale.

When Dale died, Peabody first reported he choked on a toy. After his arrest Peabody allegedly changed his story and said he shot the police dog.

As investigators continued to look into Peabody's past, they were led to his previous home in Dallas. There, authorities found Inca's grandmother.

She had been shot in the head, police said. The animal was not a police dog but was believed to be a Peabody's pet.

Peabody has retained a lawyer and has been released on bond. Authorities said he is no longer talking with investigators or answering questions about the dead dog found in his yard.