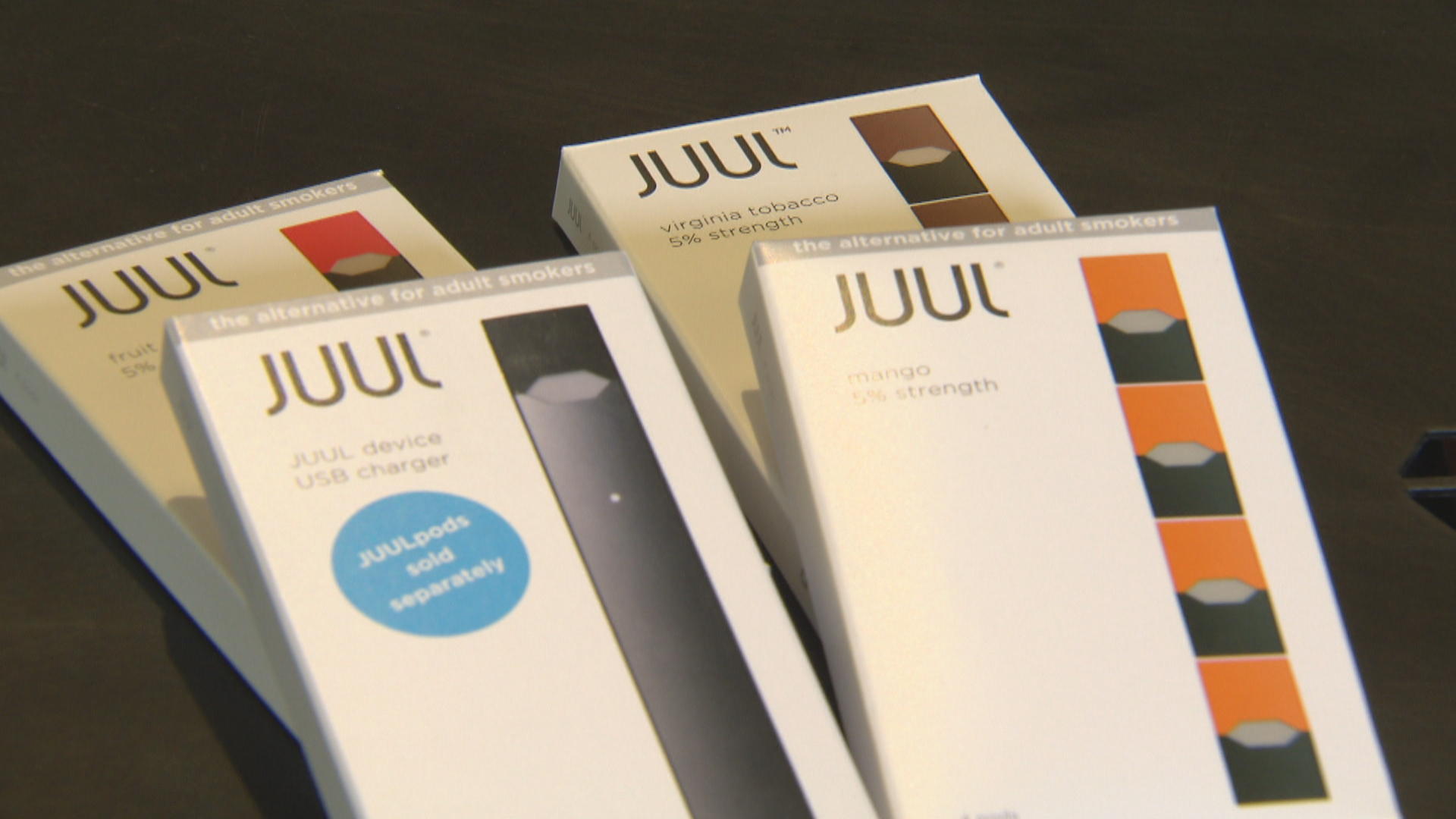 If you've never heard of Juul before, try asking a teenager. The e-cigarette maker said it designed its product to help current smokers switch to something safer and healthier and that its own recent survey shows 64 percent of smokers who switched to the vape device dropped cigarettes completely. But the product is also popular with teens -- something Juul claims it never intended.

In an interview only on "CBS This Morning" Juul's chief administrative officer Ashley Gould said it's adults, like those featured in the company's current marketing campaign, who are the product's target market.

"Juul is a product for adult smokers. And they have adopted it," Gould told CBS News' Anna Werner.

They're mature smokers who say they've switched from cigarettes to Juul, the e-cigarette that resembles a USB drive. Gould says the company aimed to eliminate the smell and social stigma of cigarettes and be healthier.

"This technology has the possibility to enable them to continue to have nicotine in the way it's delivered in a cigarette without the combustion and thereby with the promise of not having to die from it," Gould said.

And Juul has taken off. It commands over 60 percent of the e-cigarette market.

"Honestly, I think when a smoker finds a product like Juul that works for them, they go and tell other smokers," Gould said.

But something else appears to be driving Juul's popularity, too – its appeal to kids. On social media, teens post photos and videos of themselves 'Juuling' with hashtags like #doitforjuul.

Matt Myers heads the Campaign for Tobacco-Free Kids. The problem, he said, is that "everyone was asleep at the switch."

"And by the time we woke up, we had an epidemic on our hands," Myers said. "I've never seen a tobacco-related product spread across this country as fast among young people as this product."

A whole new generation of young people, he said, who could wind up addicted to nicotine for life. Young people like Julien Lavandier, who says he started "Juuling" in his late teens after using other e-cigarettes, and told us now, he can't quit.

"It's impossible. It seems like it… It is a vicious cycle because the more I use the more I need to use, the harder it will be for me to ever stop and quit," Lavandier said.

Myers and other anti-tobacco groups also point to Juul's early social media marketing, that they say echoed prior big tobacco campaigns with youthful images and bright colors. The company insists it never deliberately targeted kids and was caught unprepared.

"I think it's a combination of, the company was very small and the product took off very fast. And we had to scale everything in the company extremely quickly. And we're still, frankly, working on it today," Gould said. "There is more we can do. And there's more we need to do."

Juul said it's spending $30 million on youth prevention programs and is working with social media platforms to remove images of teens using the product.

Myers doesn't buy the idea that the company had no idea it was going to take off with young people.

"That's their job. When you market a product that is highly addictive, knowing the youth tobacco use is a longtime problem – it's your responsibility," Myers said.

Gould insists Juul aims to be a "responsible player" in the e-cigarette market.

Another area where Juul gets a lot of criticism is in its use of flavors. The pods that users plug into the device, with the nicotine liquid, come in flavors like mango and berry. The company says adults who switch tell them they do like the flavors, but critics say those flavors appeal directly to teens, and that's why flavored cigarettes were banned years ago.