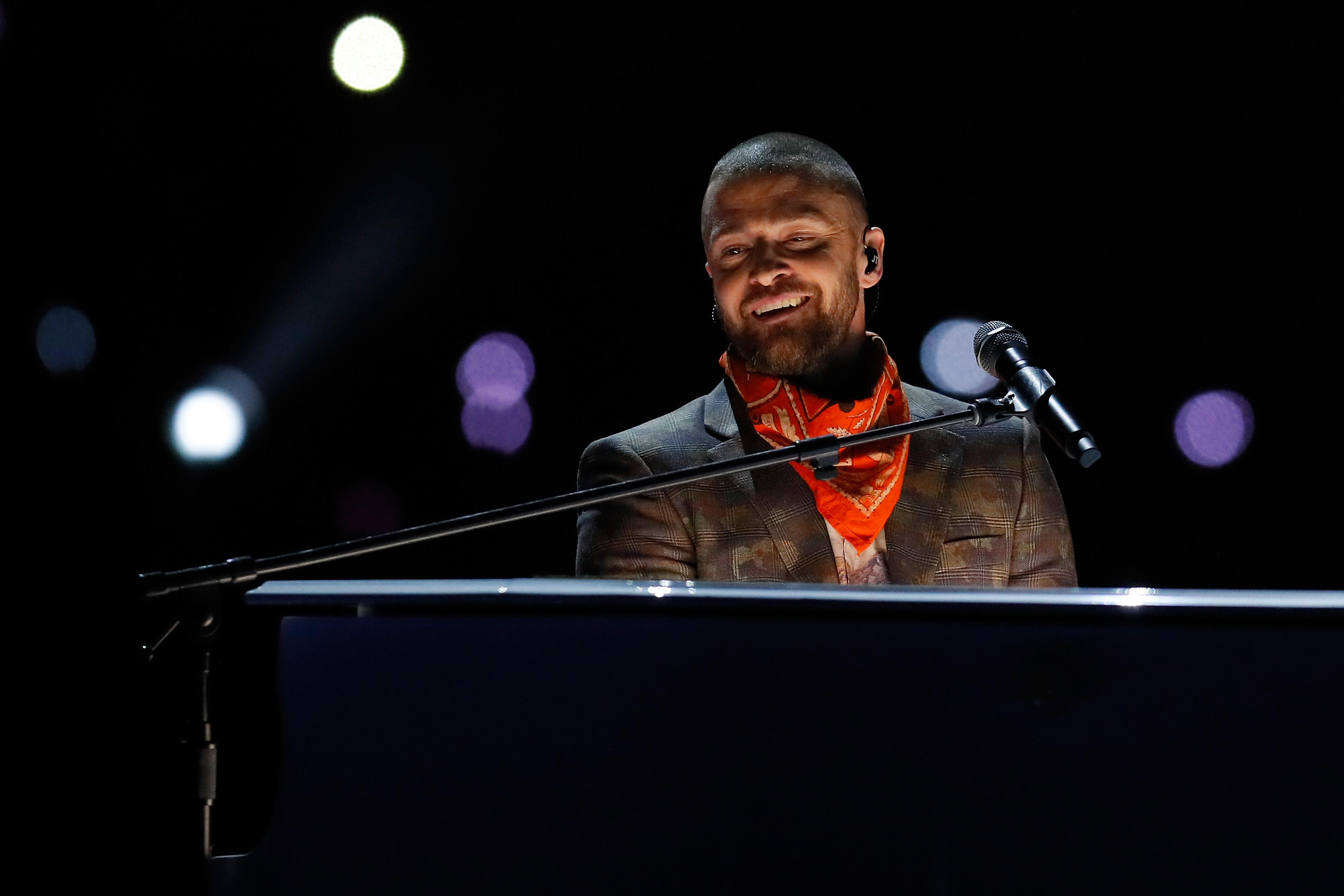 Justin Timberlake had his wish granted on Super Bowl Sunday, days after he said that he hoped to get everyone dancing during his halftime performance in Minneapolis. The singer also paid tribute to late singer Prince, who is from Minneapolis.

Timberlake, on theme with his "Man of the Woods" album, went for a rustic look in a fringed leather jacket, a deer-printed shirt, camouflage pants and a red bandana. The singer opened his Super Bowl performance backstage amid laser beams as audience members danced and recorded him with their phones. Then, Timberlake headed into the stadium, walking through a crowd while he sang his new single "Filthy."

Timberlake entered U.S. Bank Stadium, dancing across a walkway as he performed his classic hit "Rock Your Body."

Finally, the singer hit the big stage while he sang "SexyBack," joining his dancers and band against a geometric light-up backdrop. Then, he transitioned into "My Love" before moving to "Cry Me A River." His set changed to match the song, with the backdrop changing to a thunderstorm.

Timberlake paid tribute to Prince as images of the late legend projected onto a larger-than-life backdrop behind him. He performed "I Would Die 4 U" as the camera zoomed out of the stadium, as Minneapolis appeared to turn purple with Prince's iconic "Love Symbol" superimposed over it.

On Thursday, during a press conference, Timberlake said that he was humbled to be in the hometown of Prince, who he called "the greatest all-around musician I can think of in popular culture."

"The time that I got to spend around him, with him, talking about music -- those are memories I'll take with me forever because he's always been such a big idol of mine," he said.

Timberlake returned to his own music as dozens of dancers on the field held mirrors over their heads. Timberlake stood on a mirrored stage as well as he sang "Mirrors." Lights glittered off the mirrors in the field and the stadium lit up with fans' phones. Then, Timberlake's dancers turned over their mirrors to reveal brightly colored swatches as Timberlake launched into his 2016 hit "Can't Stop the Feeling." Confetti floated down into the stadium as Timberlake concluded his performance.

Sunday night, the NFL also tweeted out this timelapse video of workers setting up the stage for the halftime show and Timberlake's entire performance: