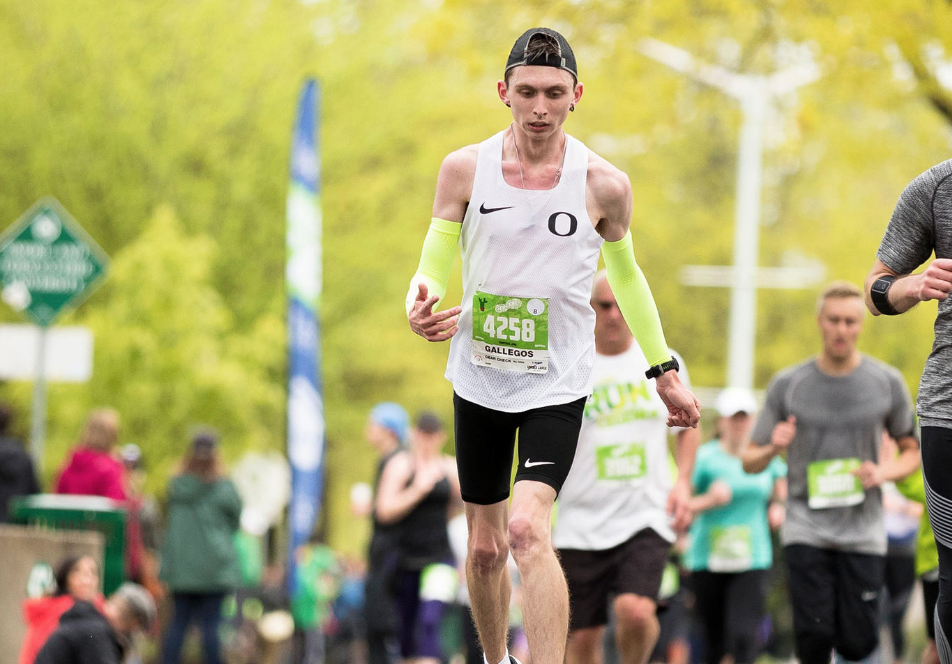 Justin Gallegos, a runner at University of Oregon, has made history by becoming the first professional athlete with cerebral palsy to sign with Nike. Gallegos, a junior with the school's running club, made the announcement in an emotional video on his Instagram page.

Gallegos was finishing a race on Saturday when he was met by a camera crew, a bunch of his teammates and Nike's Insights director, John Douglass, who told him of the deal. In the video posted to his social media account, Gallegos collapses out of pure joy as his peers applaud him.

"I was once a kid in leg braces who could barely put on foot in front of the other!" he wrote on Instagram. "Now I have signed a three year contract with Nike Running!"

A spokesperson with Nike confirmed to CBS News the signing of Gallegos. It was even more special because it landed on Cerebral Palsy Awareness Day. The condition is a neurological disorder that affects movement, motor skills and muscle tone.

Gallegos used a walker as a toddler and pre-schooler, and did physical therapy in order to improve his gait, according to Running Magazine. He began competing in long-distance running in high school and caught the attention of Nike, then helped the company develop a shoe designed for runners with disabilities.

Gallegos, who is aiming to run a half-marathon under two hours, calls this one of the most emotional moments in his seven years of running.

"Thank you everyone for helping show the world that there is No Such Thing As A Disability!" he said.