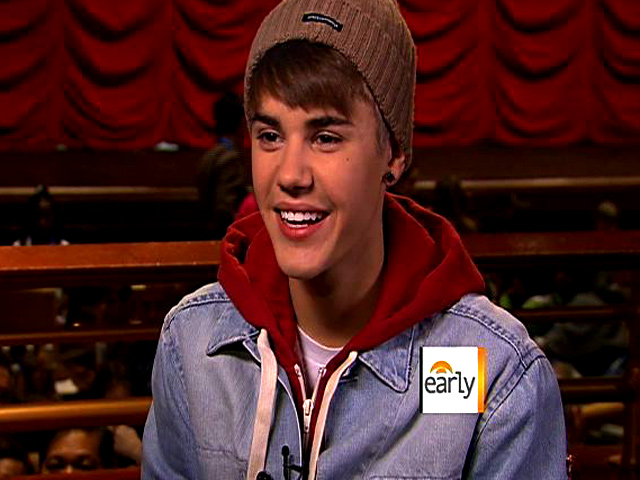 Justin Bieber is not only a pop phenomenon.

He's a huge participant in events for the Make-a-Wish Foundation, which grants wishes for seriously ill kids - so much so that he's turned into one of its top wish granters.

On Friday Bieber joined with Make-a-Wish and the Macy's Believe Campaign to grant the wishes of 30 kids who wanted to meet him - bringing to 90 the total number of kids whose dreams he made come true simply by getting together with them.

Bieber and the 30 kids met a the Hard Rock Cafe in Manhattan, where the teen heartthrob answered their questions.

Later, "Early Show on Saturday Morning" co-anchor Rebecca Jarvis caught up with Bieber, who told her why he spends so much time giving back - and which kid out of the 90 touched his heart most.

He admitted it's "heartbreaking" knowing that the kids are as sick as they are.

He also discussed his favorite food, and how aware he is that he's such a trendsetter among his fans - swoosh haircut, anyone?!