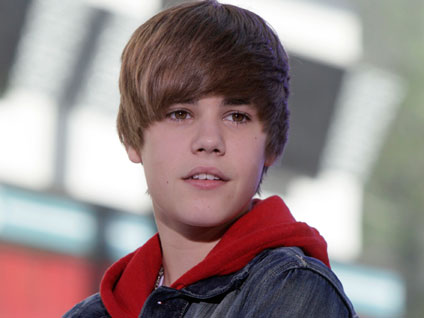 NEW YORK (CBS) Justin Bieber is apparently the subject of a new Internet prank, which now has the singer facing a tour of North Korea.

Bieber held a contest on his website encouraging fans to vote for where the next stop on his "My World" tour should be, with no restrictions on which countries could be voted for. The contest ended up with more than half a million votes to send the 16-year-old teen icon to the communist nation.

4chan, an imageboard website known for Internet pranks, encouraged people to vote for North Korea as the country Bieber should tour next. The contest, which ended Wednesday, saw North Korea move from 24th to first place in less than two days, putting it several thousand votes ahead of Israel.

Given the fact that almost all citizens of North Korea are denied Internet access and there are restrictive controls over all media, BBC News noted, it is unlikely that any of the votes have actually come from within the country.

The prank got so big that BBC News even contacted a spokesman for the North Korean Embassy in London, who told the news organization that "any application for 16-year-old Bieber to tour would be dealt with by its mission to the United Nations, although the matter would be referred to Pyongyang."

This is not the first major prank of which Bieber has been a target. According to the report, a post on 4chan in June urged users to all search for the term "Justin Bieber Syphilis," pushing it to the top of Google Trends' Hot Searches list.

There have also been false rumours circulating that Bieber had died, that he had joined a cult, and that his mother was offered $50,000 to pose topless in Playboy magazine.

Beiber seems to be having a slight sense of humor about it all. "Let's take some time to answer some crazy (rumors)... I'm not dead," Bieber wrote in just one of his Twitter postings. "I had to check on this one... but it turns out Im alive."

And last week he wrote: "My mom is a moral woman... let's just leave that one for what it is... because that rumor just grossed and weirded me out."