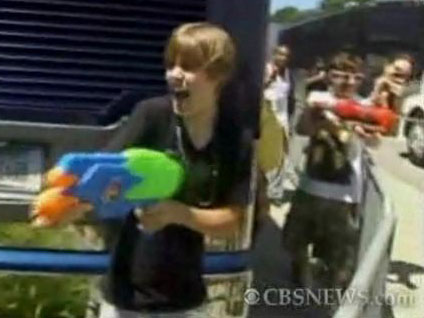 NEW YORK (CBS) Justin Bieber fans in Des Moines, Iowa, got a cool surprise from the singer in the form of a water fight.

Bieber and his team used water guns, water balloons and even a bucket filled with water to douse the throng of fans waiting near his tour buses.

The teenage singing star was in Des Moines on the first leg of his "My World" concert tour.