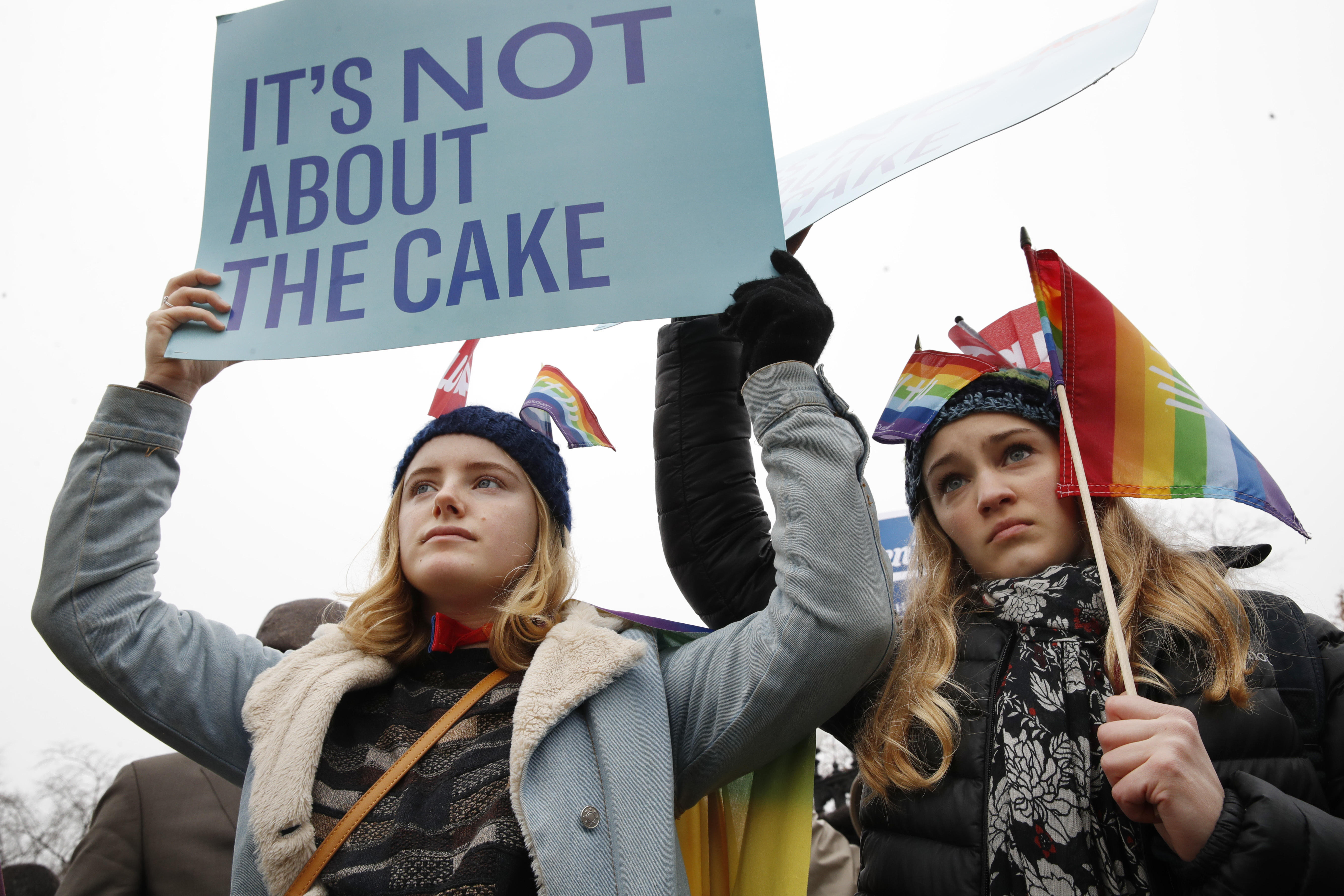 The Supreme Court heard the highly anticipated case of the Colorado baker who refused to make a wedding cake for a same-sex couple. Tuesday's clash at the high court pitted baker Jack Phillips' First Amendment claims of artistic freedom against the anti-discrimination arguments of the Colorado Civil Rights Commission, and the two men Phillips turned away in 2012.

The commission ruled that Phillips violated the state's anti-discrimination law when he refused to make a wedding cake for Charlie Craig and David Mullins. The argument is the first involving gay rights before the Supreme Court since it ruled in 2015 that states could not prevent same-sex couples from marrying.

The Trump administration is supporting Phillips in his argument that he can't be forced to create a cake that violates his religious beliefs. Phillips told CBS News' Jan Crawford that his cakes are personal artistic expressions -- the cake is the canvas, and he sees the icing as his paint. He's making both a religious liberty and a free speech argument before the court. This appears to be the first time the federal government has asked the justices to carve out an exception from an anti-discrimination law.

During the first half of oral argument on Tuesday the justices questioned an attorney for Phillips, who made the First Amendment argument.

Justice Sonia Sotomayor told Phillips' attorney: "The primary purpose of a food of any kind is to be eaten."

Meanwhile, during a riveting argument at the high court, Justice Anthony Kennedy, who is seen as the linchpin vote in the case, worried that a ruling for baker Jack Phillips might allow stores to post signs that say they "do not bake cakes for gay weddings."

But later in the argument, Kennedy said Colorado's human rights commission seemed "neither tolerant nor respectful of Mr. Phillips' religious beliefs" when it found his refusal to bake a cake for the gay couple violated the state's anti-discrimination law.

The 81-year-old Kennedy is the author of the 2015 gay marriage decision and all the court's major gay-rights rulings. At the same time, Kennedy has forcefully defended free-speech rights in his nearly 30 years as a justice.

Colorado native Neil Gorsuch also will be taking part in the most important gay rights case since he joined the Supreme Court in April.

The case's outcome also could affect photographers and florists who have voiced objections similar to those of Phillips.

"Artists shouldn't be forced to express what the government dictates. The commission ordered Jack to celebrate what his faith prohibits or to stop doing the work he loves. The Supreme Court has never compelled artistic expression, and doing so here would lead to less civility, diversity, and freedom for everyone, no matter their views on marriage," Kristen Waggoner of the Alliance Defending Freedom, who is representing Phillips, said in an email.

But the American Civil Liberties Union and other rights groups that have sided with the gay couple said they fear a ruling for Phillips could allow for discrimination by a range of business owners. They said the court has never recognized what they call a constitutional right to discriminate.

"The question is whether a shop like Masterpiece Cakeshop can put up a sign in its window saying, 'Wedding cakes for heterosexual couples only,'" ACLU deputy legal director Louise Melling said. The ACLU is representing Craig and Mullins. The couple told Crawford they see the case as a straight-up issue of discrimination.

Colorado is among only 21 states that have statewide laws barring discrimination against gays and lesbians in public accommodations.

CBS News Poll: Texans think their state is better than most, but some think it's changing for the worse