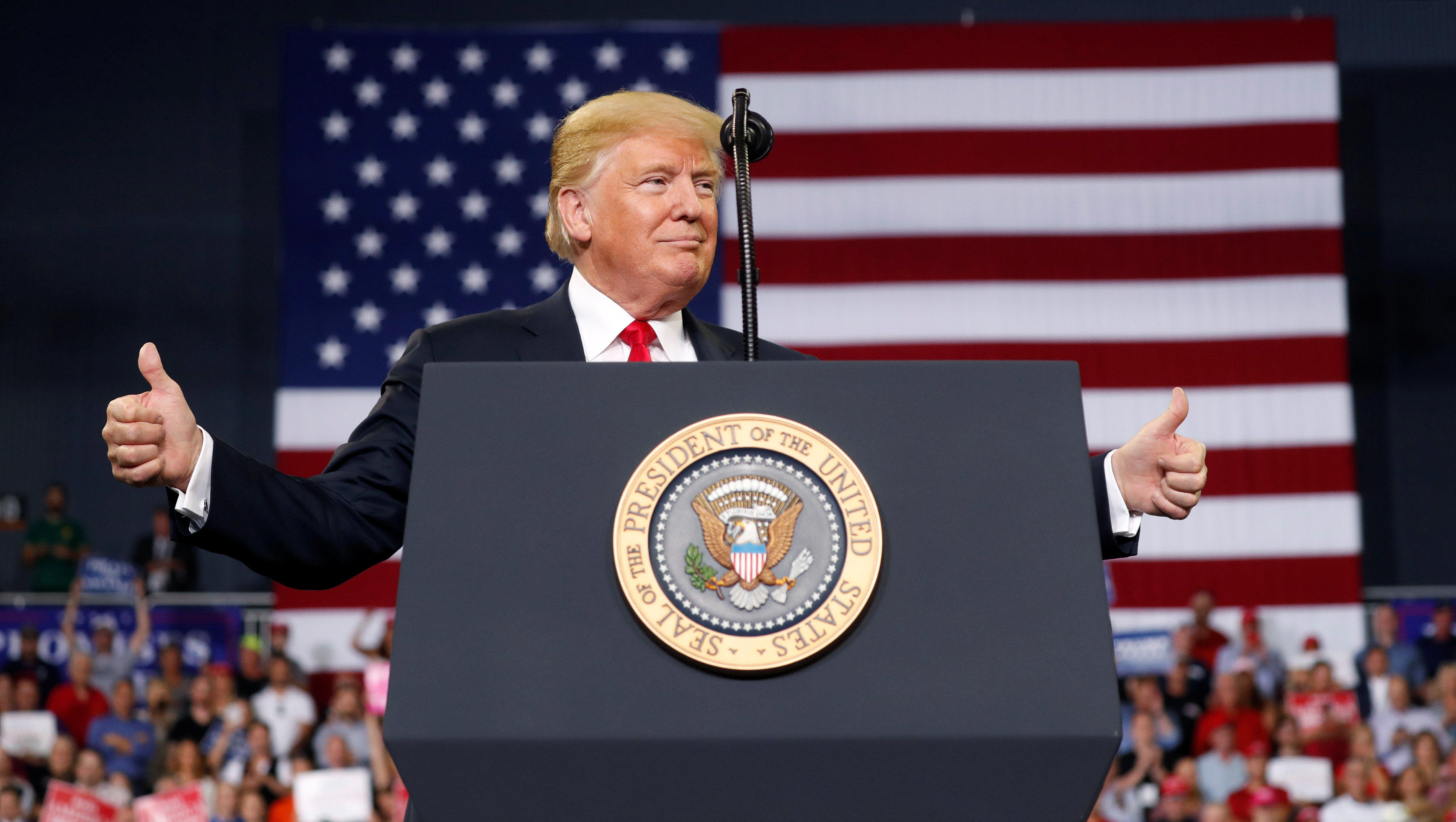 A senior Justice Department lawyer says a former British spy told him at a breakfast meeting two years ago that Russian intelligence believed it had then-candidate Donald Trump "over a barrel," according to multiple people familiar with the encounter.

The lawyer, Bruce Ohr, also says he learned that a Trump campaign aide had met with higher-level Russian officials than the aide had acknowledged, the people said.

The previously unreported details of the July 30, 2016, breakfast with Christopher Steele, which Ohr described to lawmakers this week in a private interview, reveal an exchange of potentially explosive information about Mr. Trump between two men the president has relentlessly sought to discredit.

They add to the public understanding of those pivotal summer months as the FBI and intelligence community scrambled to untangle possible connections between the Trump campaign and Russia. And they reflect the concern of Steele, a longtime FBI informant whose Democratic-funded research into Trump ties to Russia was compiled into a dossier, that the Republican presidential candidate was possibly compromised and his urgent efforts to convey that anxiety to contacts at the FBI and Justice Department.

Mr. Trump has repeatedly claimed that the Steele dossier contains false information. He has also criticized Ohr for meeting with Steele.

The people who discussed Ohr's interview were not authorized to publicly discuss details of the closed session and spoke to The Associated Press on condition of anonymity.

Among the things Ohr said he learned from Steele during the breakfast was that an unnamed former Russian intelligence official had said that Russian intelligence believed "they had Trump over a barrel," according to people familiar with the meeting. It was not clear from Ohr's interview whether Steele had been directly told that or had picked that up through his contacts, but the broader sentiment is echoed in Steele's research dossier.

Steele and Ohr, at the time of the election a senior official in the deputy attorney general's office, had first met a decade earlier and bonded over a shared interest in international organized crime. They met several times during the presidential campaign, a relationship that exposed both men and federal law enforcement more generally to partisan criticism, including from Mr. Trump.

Republicans contend the FBI relied excessively on the dossier during its investigation and to obtain a secret wiretap application on Trump campaign aide Carter Page. They also say Ohr went outside his job description and chain of command by meeting with Steele, including after his termination as a FBI source, and then relaying information to the FBI.

Mr. Trump this month proposed stripping Ohr, who until this year had been largely anonymous during his decades-long Justice Department career, of his security clearance and has asked "how the hell" he remains employed.

Mr. Trump has also called Ohr a "disgrace." Earlier in August, he asked when Ohr would be fired on Twitter. "Will Bruce Ohr, whose family received big money for helping to create the phony, dirty and discredited Dossier, ever be fired from the Jeff Sessions "Justice" Department? A total joke!" Mr. Trump tweeted, referring to Ohr's wife, Nellie, who was employed by Fusion GPS, the political research firm that hired Steele. The president has also repeatedly criticized Attorney General Jeff Sessions out of his frustration with the Russia investigation.

Mr. Trump has called the Russia investigation a "witch hunt" and has denied any collusion between his campaign and Moscow.

Mr. Trump and some of his supporters in Congress have also accused the FBI of launching the entire Russia counterintelligence investigation based on the dossier. But memos authored by Republicans and Democrats and declassified this year show the probe was triggered by information the U.S. government received earlier about the Russian contacts of then-Trump campaign foreign policy adviser, George Papadopoulos.

The FBI's investigation was already under way by the time it received Steele's dossier, and Ohr was not the original source of information from it.

One of the meetings described to House lawmakers Tuesday was a Washington breakfast attended by Steele, an associate of his and Ohr. Ohr's wife, Nellie, attended at least part of the breakfast.

Ohr also told Congress that Steele told him that Page, a Trump campaign aide who traveled to Moscow that same month and whose ties to Russia attracted FBI scrutiny, had met with more senior Russian officials than he had acknowledged meeting with.

That breakfast took place amid ongoing FBI concerns about Russian election interference and possible communication with Trump associates. By that point, Russian hackers had penetrated Democratic email accounts, including that of the Clinton campaign chairman, and Papadopoulos, the Trump campaign associate, was said to have revealed that Russians had "dirt" on Democrat Hillary Clinton in the form of emails, according to court papers. That revelation prompted the FBI to open the counterintelligence investigation on July 31, 2016, one day after the breakfast but based on entirely different information.

Ohr told lawmakers he could not vouch for the accuracy of Steele's information but has said he considered him a reliable FBI informant who delivered credible and actionable intelligence, including his investigation into corruption at FIFA, soccer's global governing body.

In the interview, Ohr acknowledged that he had not told superiors in his office, including Deputy Attorney General Sally Yates, about his meetings with Steele because he considered the information inflammatory raw source material.

He also provided new details about the department's move to reassign him once his Steele ties were brought to light.

Ohr said he met in late December 2017 with two senior Justice Department officials, Scott Schools and James Crowell, who told him they were unhappy he had not proactively disclosed his meetings with Steele. They said he was being stripped of his associate deputy attorney post as part of a planned internal reorganization, people familiar with Ohr's account say.

He met again soon after with one of the officials, who told him Attorney General Jeff Sessions and Deputy Attorney General Rod Rosenstein did not believe he could continue in his current position as director of a drug grant-distribution program — known as the Organized Crime and Drug Enforcement Task Force.

Sessions and Rosenstein, Ohr was told, did not want him in the post because it entailed White House meetings and interactions, the people said.