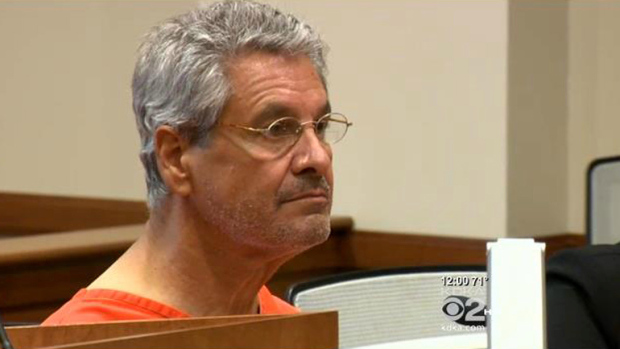 PITTSBURGH -- A University of Pittsburgh researcher charged in the cyanide poisoning death of his wife last year was convicted on Friday of first-degree murder.

Dr. Robert Ferrante, who hung his head when the verdict was read in court, faces a mandatory life sentence in the April 2013 death of 41-year-old neurologist Dr. Autumn Klein.

The jury, which deliberated for 15 hours over two days, agreed with Allegheny County prosecutors who accused Ferrante of lacing his wife's creatine energy drink with cyanide he bought through his lab using a university-issued charge card two days before she fell suddenly ill.

Klein's relatives burst into tears upon hearing the guilty verdict.

"Justice for Autumn," said her mother, Lois Klein, of Towson, Maryland, outside the courtroom.

The Klein family issued a statement through the district attorney's office, saying, in part, "While we are pleased that the person responsible for Autumn's death has been brought to justice, nothing will ever fill the emptiness that we feel in our family and in our hearts."

The 66-year-old Ferrante denied poisoning his wife. His lawyers made the case that she might not have been poisoned at all, citing three defense experts who said that couldn't be conclusively proved.

"At a minimum we established very clear reasonable doubt," defense attorney William Difenderfer said, referring primarily to testimony from celebrity pathologist Dr. Cyril Wecht, who said he couldn't determine how Klein died because he thought a test that showed deadly cyanide in her blood was unreliable.

Ferrante said the cyanide he bought was for stem cell experiments he was conducting on Lou Gehrig's disease, because the toxin can be used to kill of neurological cells and thus simulate the disease in the lab.

But prosecutors said Ferrante was a "master manipulator" who concocted the plan to kill his wife after she pressured him to have a second child and because he may have feared she was having an affair or planned to divorce him.

The key to the prosecution's case was a test on Klein's blood that revealed a lethal level of cyanide. The blood was drawn while doctors at UPMC Presbyterian hospital tried in vain for three days to save her life, though the results weren't known until after she died and her body was cremated.

Jurors said they found the lab test showing the lethal level of cyanide in Klein's blood to be the most reliable test in evidence. They also said Ferrante's decision to testify may have been a mistake.

Police said Ferrante told them and a medical colleague that he was downstairs in the kitchen and gave his wife a creatine drink before she collapsed, but on the witness stand Ferrante said he was upstairs when she got home, he didn't know if she drank anything and she collapsed after giving him a kiss on the cheek. The jurors said that Ferrante changing his story about where he was and what happened in his wife's final moments led them to believe he was lying.

Jurors also were moved by a recording of a 911 call Ferrante made while his wife was groaning, moaning and gasping for air in the background. Ewing said she was "horrified" by Klein's suffering, while fellow juror Lance Deweese said, "It got you in the gut. It got you in the heart."

Ferrante did online searches on cyanide poisoning and how it might be removed by the medical treatments Klein received or detected by a coroner after her death. He said that the queries were related to his research and that the other searches were made simply as he tried to understand the treatment his wife received.

Ferrante will be formally sentenced Feb. 4. The life sentence is mandatory in any first-degree murder case. Prosecutors declined to pursue the death penalty because they said they found no aggravating circumstances that would have made the killing a capital offense.

Defense lawyers have not decided whether to appeal the verdict, CBS Pittsburgh reported.

After the verdict, prosecutors thanked the various investigators, the jury and Klein's relatives "for the quiet strength and dignity they have shown over the past year and a half."