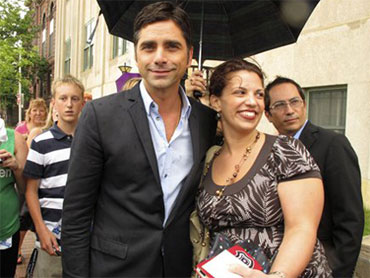 Jurors in a small Michigan city are deliberating in the trial of two people accused of trying to extort $680,000 from actor John Stamos by claiming they had photos of him with cocaine and strippers.

Assistant U.S. Attorney Maarten Vermaat called it a "get-rich-quick scheme" by Allison Coss and Scott Sippola. He doubts Shakespeare could have come up with such a plot.

Coss and Sippola are charged with conspiracy and other crimes. They insist they had unflattering photos of Stamos from a trip to Florida in 2004. The FBI says no embarrassing pictures exist.

Defense lawyer Sarah Henderson said the pair was "in over their heads" but committed no crime. Stamos listened from the front row.