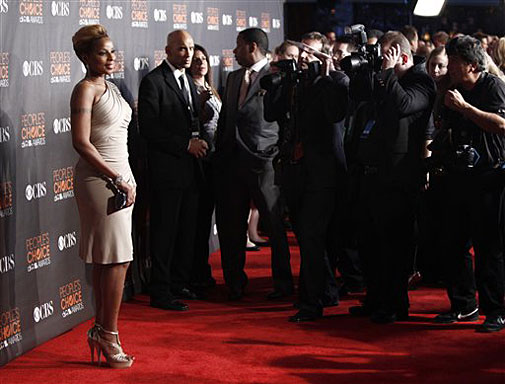 Eric Peoples cradled his wife and wept after a jury agreed that vapors from butter flavoring at the microwave popcorn factory where he once worked had permanently ruined his lungs.

Peoples said his tears didn't only come out of satisfaction with the $20 million verdict. He also was thinking of the 29 other former workers at the Gilster-Mary Lee plant in Jasper who have cases pending against the same butter-flavoring manufacturers.

"The burden of proof is now on their shoulders," Peoples said.

Jurors deliberated for a little more than three hours before returning the verdict Monday against International Flavors and Fragrances Inc. and its subsidiary Bush Boake Allen Inc. The flavoring manufacturers were ordered to pay $18 million to Peoples and $2 million to his wife, Cassandra, for compensatory personal injury damages.

Peoples, 32, and the other former factory workers are suffering from damaged airways and breathing problems. They contend that the two manufacturers knew their butter flavoring was hazardous but failed to warn them of the dangers or provide adequate safety instructions.

Peoples told the CBS News Early Show that symptoms of his illness first began to appear about a year after he had started work in the factory.

"I started to get cold symptoms, what we thought was the flu: achiness, shortness of breath, tightness in the chest," Peoples said. "We tried to treat it with over-the-counter medications but nothing seemed to work."

The National Institute of Occupational Safety and Health also has linked exposure to vapors from butter flavoring to lung disease in popcorn factory workers in Illinois, Iowa and Nebraska.

Health officials insist people who microwave popcorn and eat it are not in danger, although the Environmental Protection Agency is studying the chemicals released into the air when a bag of microwave popcorn is popped.

Peoples, of Carthage, was selected to have his case heard first because he is among the sickest of the Gilster-Mary Lee workers. Trial testimony showed that if his health remains stable, he could wait at least 10 years for a needed double-lung transplant.

Life expectancy is about 10 years for lung transplant recipients.

"Eric feels like he's in prison," his attorney, Ken McClain, told jurors in closing arguments. "He's going to eventually go through the physical pain of a lung transplant, knowing that he's going back to prison again because he'll eventually get lung disease again."

McClain said the next trial is set for April 20 at the Jasper County Courthouse in Joplin. He also has cases pending in Illinois and Iowa.

"I want to keep the pressure up and get these cases done as soon as we can," McClain said.

Attorneys for the manufacturers left the courthouse without speaking to reporters.

During their closing arguments, they told jurors their product is safe when handled properly. Information sent to popcorn plant officials warned the flavoring should be mixed in a well-ventilated area and a respirator should be worn when heating it.

"We know beyond a shadow of doubt that if you use basic hygiene practices, you don't have a problem in this plant," said attorney Mike Patton, who represents New York-based International Flavors and Fragrances.

Gilster-Mary Lee, which was not named in the suit, remodeled the plant and ordered workers to wear respirators after government investigators in 2001 linked a chemical in the butter flavoring, diacetyl, to the workers' illnesses. The southwest Missouri plant still uses the same butter flavoring, but there have been no reports of illness since changes were implemented, Patton said.

McClain said that is little comfort to Peoples, who each night fears he will not wake up the next morning. Peoples is angry because he cannot enjoy the simple pleasures of playing with his children or going hunting.

"I'm just happy that somebody has said Eric's life is worth something because it is worth a lot to me and the kids," Cassandra Peoples said.