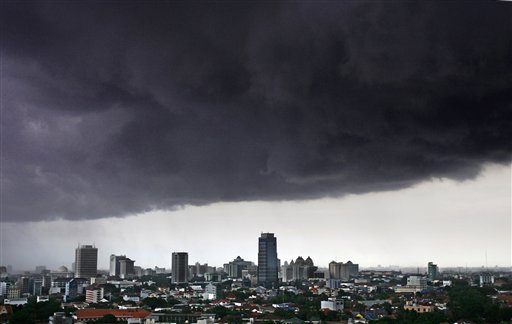 A jury on Friday ordered Time Inc. to pay $10.7 million to ex-heavyweight boxer Randall "Tex" Cobb for a 1993 Sports Illustrated article that said he fixed a fight and shared cocaine with the loser.

The federal jury awarded Cobb $2.2 million in punitive damages to go with $8.5 million it awarded Wednesday in compensatory damages. He had demanded up to $100 million in his libel lawsuit.

Judge Robert Echols ruled that the jury could consider the financial resources of Time Inc., the magazine's parent, in determining the punitive damage figure.

Echols must still give the figure final approval, and the magazine said it would appeal.

When the award was announced, Cobb, 46, shook hands with his lawyer, who patted him on the hand. Cobb had contended the article ended his boxing career and nearly ended his acting career.

"Tex has been a prisoner of this article for six years and there's no better feeling in the world than to have a jury come in and set the record straight," lawyer George Bochetto said. He said the verdict tells magazine officials "that they did wrong and you better not do it again."

Steve Robinson, managing editor of CNN-SI and a former Sports Illustrated senior editor who worked on the story, said the verdict "shocked us," adding, "we're very confident we will prevail on appeal."

Cobb sued in 1994 over the article headlined "The Fix Was In." The story began with an anecdote about the 1992 bout between Cobb and Sonny Barch, a journeyman fighter and former Memphis State football player.

The magazine said Cobb and Barch discussed how to throw the fight. The story said Cobb had an injured shoulder and wanted it to end as quickly as possible.

In the article, Barch said he told Cobb: "I'm going to have to hit you to make it look good. But I won't hit your shoulder." Barch said that Cobb responded: "Bubba, I appreciate it. I'll make it up to you," according to the article.

Barch allowed Cobb to hit him three times, dropping to a knee each time and triggering the three-knockdown rule, Sports Illustrated reported. Cobb was declared the winner by technical knockout 70 seconds into the fight.

The magazine also reported that Barch said he, Cobb and a fight promoter shared cocaine after the bout. Sports Illustrated said Cobb had tested positive for cocaine use, but said in a follow-up item that the substance was marijuana.

Sports Illustrated lawyer Eddie Wayland told the jury that the article by writers William Nack and Sonja Steptoe was accurate and that any damage to Cobb's reputation was the result of his own actions.

However, Steptoe testified last month she had little evidence that Cobb was a willing participant in a fixed fight with Barch. And boxing referee Steven Smoger said Cobb showed "excellent" technique.

Since he quit fighting, Cobb hahad roles in movies including "Liar, Liar," "Raising Arizona," "Uncommon Valor" and "The Golden Child." He has also been in the TV shows "Moonlighting" and "MacGyver."

The move is a thank you to frontline workers who put their lives at risk during the coronavirus pandemic.

Promised doses of the coronavirus vaccine are not being delivered.