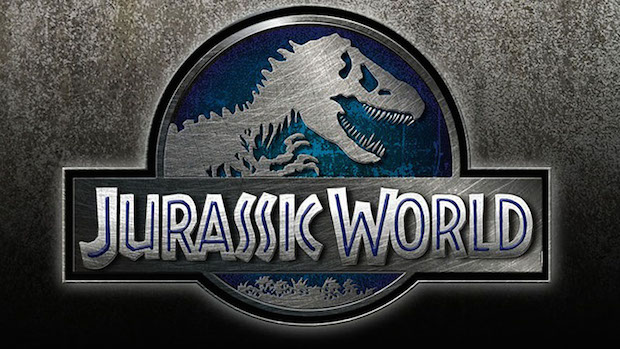 Twenty-two years ago movie-goers shivered in the dark, confronted with the enormity of Steven Spielberg's imagination for terrifying creatures in "Jurassic Park". Then he took another couple chances with dinosaur safari action in "The Lost World" (1997) and "Jurassic Park III" (2001), but neither brought the power (or sales) of that first epic accomplishment in 1993.

Until now, the critics say.

Chris Pratt ("Guardians of the Galaxy") plays Owen, a dinosaur handler who joins corporate-bot Claire, (Bryce Dallas Howard) as they dart through trees and under the legs of a newly invented dinosaur that's bigger and badder than a Tyrannosaurus Rex.

The CGI engineering might be as ingenious as the DNA-splicing scientists from the film, some say, and though "Jurassic World," out Friday, is not directed by Spielberg himself, he serves as executive producer.

New director Colin Trevorrow, tapped after one Hollywood credit ("Safety Not Guaranteed") and "Avatar" and "Dawn of the Planet of the Apes" screenwriters Rick Jaffa and Amanda Silver, plus writer Derek Connolly, came together for "easily the franchise's most thrilling sequel yet," according to critic Chris Nashawaty from EW.

Nevertheless, "'Jurassic World' pales next to the awe-inspiring spectacle of the original," Nashawaty conceded. "Like the theme park's mad scientists trying to rev up the scare factor of their attractions, he [Trovorrow] knows exactly how to get butts into the multiplex: by throwing as many CGI dinosaurs gone wild onto the screen as he possibly can in 124 minutes. It's a distraction game. But it works. Normally I'd grouse about that kind of bread-and-circuses cynicism. But it's what makes 'Jurassic World' such breathless summer entertainment."

The New York Times' Manohla Dargis points out that the "Jurassic World" spectacle is seamless and complete - and replete with product placement: "As is the case with every filmmaker hired to lead an industrial brand to box-office domination, Mr. Trevorrow was principally tasked with delivering 'Jurassic World' in salable shape, which he has done. Actors repeat their bad lines without smirking, and digital dinosaurs stomp, scatter and gulp amid product placements for Triumph motorcycles and Jimmy Buffett's Margaritaville chain. There are so many plugs for Mercedes that you may wonder if the targeted viewers are studio executives."

But this is to be expected, says Michael Phillips of the Chicago Tribune:

"Of course you know what you're getting in 'Jurassic World.' The second Vincent D'Onofrio appears on screen as the InGen security honcho, out to weaponize the park's dinosaurs for military purposes, you know he'll make some predator a nice lunch. Still, the romantic banter between Pratt and Howard needn't have been quite this lame. It was probably too much to ask for more wit, or a serious mean streak, even though the script (credited to four writers) makes a tentative stab or two at rampant product placement early on, before getting down to the business of delivering rampant product placement," Phillps wrote.

But Pete Hammond from Deadline was simply entertained:

"The effects of course are tremendous and I had a great time. It doesn't break new ground in this genre but it's just plain popcorn-chomping fun."

Tell us: Do you want to see "Jurassic World" in theaters?