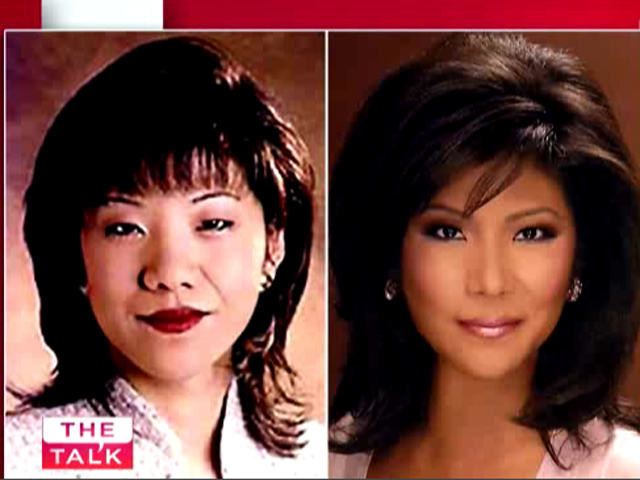 Julie Chen revealed her secret Thursday on CBS' "The Talk" -- she's had plastic surgery. The hosts of the daytime talk show have been spilling confessions this week -- and Chen revealed that as a young journalist she had surgery to make her eyes look bigger.

Almost 20 years ago, while Chen, 43, was working as a local reporter, she had dreams of being an anchor but was told by her news director that it may not be in the cards -- she may not ever make it in a major news market.

"My secret dates back to -- my heart is racing -- it dates back to when I was 25 years old and I was working as a local news reporter in Dayton, Ohio," she said on the show.

Chen, who says she's proud of her Chinese heritage, told her co-hosts: "And he [the news director] said, 'You will never be on this anchor desk, because you're Chinese.' He said 'Let's face it Julie, how relatable are you to our community? How big of an Asian community do we really have in Dayton?...On top of that because of your heritage, because of your Asian eyes, I've noticed that when you're on camera, when you're interviewing someone you look disinterested and bored because your eyes are so heavy, they are so small.'"

Chen said that at the time, she had discussed the surgery with her parents, who supported her decision. "And after I had it done, the ball did roll for me," she said. "And I wondered, did I give in to the man?"

Watch the clip below for Chen's confession: