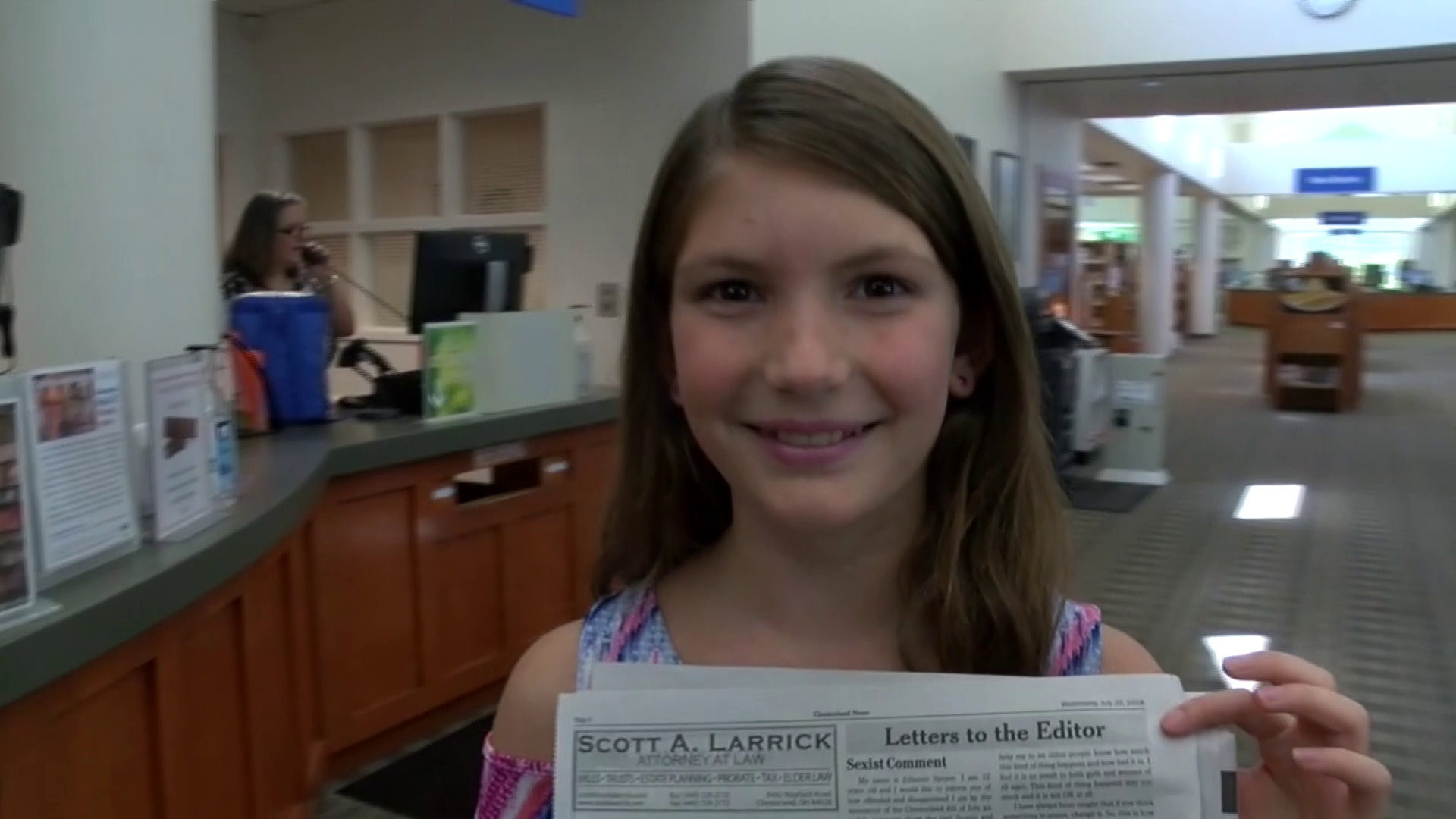 A 12-year-old girl made national headlines after she wrote a letter to a local newspaper calling out what she deemed as sexism at a Fourth of July parade in her Ohio town. Julianne Speyer was marching with the Girl Scouts behind the Boy Scouts in Geauga County when she heard an announcer call the boys "future leaders," but introduce the girls as "just having fun," CBS affiliate WOIO-TV reports. She took her frustration to the Geauga County Maple Leaf newspaper – and her message went viral.

In her letter to the editor Wednesday, she wrote: "The announcer labeled the Boy Scouts as 'future leaders of America' and he said the Girl Scouts were 'just having fun.'" She found the comment "very sexist and patronizing."

Her editorial gained widespread attention on social media, with many commenters praising Speyer for standing up for her beliefs.

"That didn't seem fair, girls can be anything they want," Speyer told WOIO-TV.

Speyer initially didn't know what a letter to the editor was until a friend suggested she could express her ire through the written word. After reading other letters, she composed a letter and mailed it.

"It's not OK that they did this, this kind of thing happens way too often," Speyer said. "I needed help getting the word out and I asked the news to help me."

Organizers from the city of Chesterland's Fourth of July parade said in a statement that the incident was an "unfortunate misunderstanding of two unrelated comments," adding that "the announcer is a volunteer and made an observation that participants were enjoying the parade, with no disrespect intended."

Speyer holds no ill will toward the announcer, but she wants people to know, "It's not wrong to stand up for what you believe in."

She also has big dreams, including one that leads to the White House.

"Maybe in the future if no one beats me to the job, I'll be the first girl president," Speyer said.