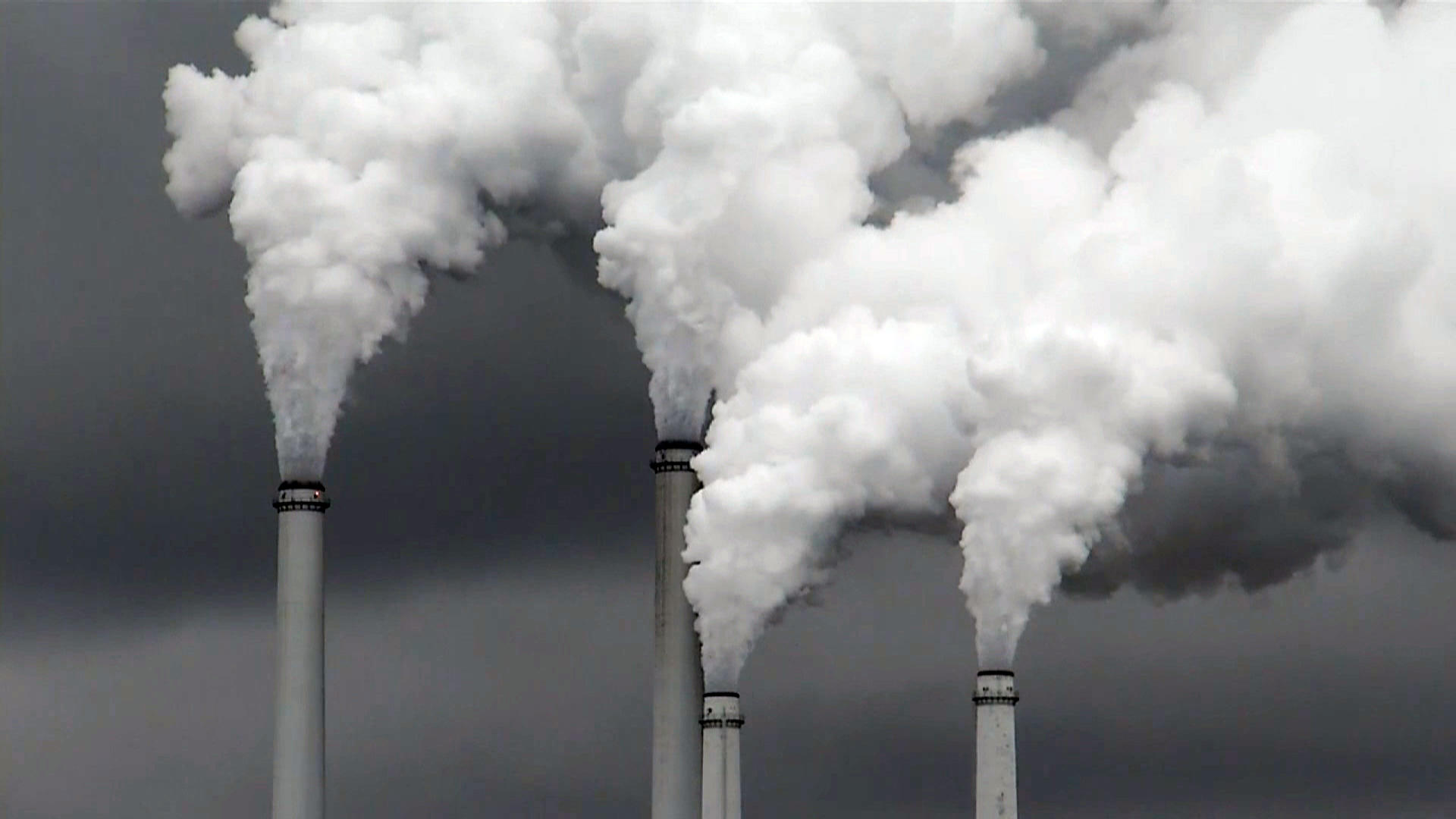 Of all the cases working their way through the federal court system none is more interesting or potentially more life changing than Juliana v. United States. To quote one federal judge, "This is no ordinary lawsuit." It was filed back in 2015 on behalf of a group of kids who are trying to get the courts to block the U.S. government from continuing the use of fossil fuels. They say it's causing climate change, endangering their future and violating their constitutional rights to life, liberty and property. When the lawsuit began hardly anyone took it seriously, including the government's lawyers, who have since watched the Supreme Court reject two of their motions to delay or dismiss the case. Four years in, it is still very much alive, in part because the plaintiffs have amassed a body of evidence that will surprise even the skeptics and have forced the government to admit that the crisis is real.

The case was born here in Eugene, Oregon, a tree-hugger's paradise, and one of the cradles of environmental activism in the United States. The lead plaintiff, University of Oregon student Kelsey Juliana, was only five weeks old when her parents took her to her first rally to protect spotted owls. Today, her main concern is climate change, drought and the growing threat of wildfires in the surrounding Cascade Mountains.

Kelsey Juliana: There was a wildfire season that was so intense, we were advised not to go outside. The particulate matter in the smoke was literally off the charts. I mean, it was so bad it was past severe, in terms of danger to health.

Steve Kroft: And you think that's because of climate change.

It's not just scientists. Even the federal government now acknowledges in its response to the lawsuit that the effects of climate change are already happening and likely to get worse, especially for young people who will have to deal with them for the long term.

"The government has known for over 50 years that burning fossil fuels would cause climate change. And they don't dispute that we are in a danger zone on climate change."

Steve Kroft: How important is this case to you?

Kelsey Juliana: This case is everything. This is the climate case. We have everything to lose, if we don't act on climate change right now, my generation and all the generations to come.

She was 19 when the lawsuit was filed and the oldest of 21 plaintiffs. They come from ten different states and all claim to be affected or threatened by the consequences of climate change. The youngest, Levi Draheim, is in sixth grade.

Steve Kroft: You're 11 years old, and you're suing the United States government, that's not what most 11-year-olds do, right?

He's lived most of his life on the beaches of a barrier island in Florida that's a mile wide and barely above sea level.

Steve Kroft: What's your biggest fear about this island?

Levi Draheim: I fear that I won't have a home here in the future.

Steve Kroft: That the island will be gone.

Levi Draheim: Yeah. That the island will be underwater because of climate change.

Steve Kroft: So you feel like you've got a stake in this.

The plaintiffs were recruited from environmental groups across the country by Julia Olson, an oregon lawyer, and the executive director of a non-profit legal organization called "Our Children's Trust." She began constructing the case eight years ago out of this spartan space now dominated by this paper diorama that winds its way through the office.

Steve Kroft: So what is this?

Julia Olson: So this is a timeline that we put together…

It documents what and when past U.S. administrations knew about the connection between fossil fuels and climate change. The timeline goes back 50 years, beginning with the presidency of Lyndon Johnson.

Julia Olson: So during President Johnson's administration, they issued a report in 1965 that talked about climate change being a catastrophic threat.

Whether it was a Democrat or a Republican in office, Olson says, there was an awareness of the potential dangers of carbon dioxide emissions.

Fifty years of evidence has been amassed by Olson and her team, 36,000 pages in all, to be used in court.

Julia Olson: Our government, at the highest levels, knew and was briefed on it regularly by the national security community, by the scientific community. They have known for a very long time that it was a big threat.

Steve Kroft: Has the government disputed that government officials have known about this for more than 50 years and been told and warned about it for 50 years?

The legal proceedings have required the government to make some startling admissions in court filings. It now acknowledges that human activity - in particular, elevated concentrations of greenhouse gases - is likely to have been the dominant cause of observed warming since the mid-1900s… That global carbon dioxide concentrations reached levels unprecedented for at least 2.6 million years… That climate change is increasing the risk of loss of life and the extinction of many species and is associated with increases in hurricane intensity, the frequency of intense storms, heavy precipitation, the loss of sea ice and rising sea levels. And the government acknowledges that climate change's effects on agriculture will have consequences for food scarcity.

Steve Kroft: So you've got them with their own words.

Julia Olson: We have them with their own words. It's really the clearest, most compelling evidence I've ever had in any case I've litigated in over 20 years.

The lawsuit claims the executive and legislative branches of government have proven incapable of dealing with climate change. It argues that the government has failed in its obligation to protect the nation's air, water, forests and coast lines. And it petitions the federal courts to intervene and force the government to come up with a plan that would wean the country off fossil fuels by the middle of this century.

Steve Kroft: You're just saying, "Do it. We don't care how."

Julia Olson: Do it well and do it in the timeframe that it needs to be done.

Steve Kroft: You're talking about a case that could change economics in this country.

Julia Olson: For the better.

Steve Kroft: Well, you say it changes the economy for the better, but other people would say it would cause huge disruption.

Julia Olson: If we don't address climate change in this country, economists across the board say that we are in for economic crises that we have never seen before.

The lawsuit was first filed during the final years of the Obama administration in this federal courthouse in Eugene.

Steve Kroft: Did they take this case seriously when you filed it?

Julia Olson: I think in the beginning they thought they could very quickly get the case dismissed.

In November 2016, a federal judge stunned the government by denying its motion to dismiss the case and ruling it could proceed to trial. In what may become a landmark decision, Judge Ann Aiken wrote, "Exercising my reasoned judgment, I have no doubt that the right to a climate system capable of sustaining human life is fundamental to a free and ordered society."

Steve Kroft: A federal judge ever said that before?

Julia Olson: No judge had ever written that before.

The opinion was groundbreaking because the courts have never recognized a constitutional right to a stable climate.

Ann Carlson: That's a big stretch for a court.

Ann Carlson is a professor of environmental law at UCLA. Like almost everyone else in the legal community, she was certain the case was doomed.

Ann Carlson: There's no constitutional provision that says the that environment should be protected.

Steve Kroft: Why is the idea that the people of the United States have a right to a stable environment such a radical idea?

Ann Carlson: Well, I think that Judge Aiken actually does a very good job of saying it's not radical to ask the government to protect the health, and the lives and the property of this current generation of kids. Look, If you can't have your life protected by government policies that save the planet, then what's the point of having a Constitution?

Steve Kroft: How significant is this case?

Ann Carlson: Well, if the plaintiffs won, it'd be massive, particularly if they won what they're asking for, which is get the federal government out of the business of in any way subsidizing fossil fuels and get them into the business of dramatically curtailing greenhouse gases in order to protect the children who are the plaintiffs in order to create a safe climate. That would be enormous.

So enormous that the Trump administration, which is now defending the case, has done everything it can to keep the trial from going forward. It's appealed Judge Aiken's decision three times to the ninth circuit court in California and twice to the Supreme Court. Each time it's failed.

Julia Olson: They don't want it to go to trial.

Julia Olson: Because they will lose on the evidence that will be presented at trial.

Steve Kroft: And that's why they don't want one.

Julia Olson: That's why they don't want one. They know that once you enter that courtroom and your witnesses take the oath to tell the truth and nothing but the truth the facts are the facts and alternative facts are perjury. And so, all of these claims and tweets about climate change not being real, that doesn't hold up in a court of law.

The Justice Department declined our request for an interview, but in court hearings, in briefs, it's called the lawsuit misguided, unprecedented and unconstitutional. It argues that energy policy is the legal responsibility of Congress and the White House, not a single judge in Oregon. And while climate change is real it's also a complicated global problem that was not caused and cannot be solved by just the United States government.

In other words, it's not responsible.

Steve Kroft: Why is the federal government responsible for global warming? I mean it doesn't produce any carbon dioxide. How are they causing it?

Julia Olson is confident they're going to prevail in court. Ann Carlson and most of the legal community still think it's a longshot, but she says she's been wrong about this case every step of the way.

Steve Kroft: You've been stunned by how far this case has gotten. Why has it gotten this far?

Ann Carlson: I think there are several reasons this case has actually withstood motions to dismiss. I think the first is that the lawyers have crafted the case in a way that's very compelling. You have a number of kids who are very compelling plaintiffs who are experiencing the harms of climate change now and will experience the harms of climate change much more dramatically as they get older. I think the hard question here is the law.

The next oral arguments in Juliana v. United States are scheduled for June in Portland. But whatever happens next will certainly be appealed. Two-thousand miles away, in the aptly named town of Rayne, Louisiana, the family of one of the plaintiffs, 15-year-old Jayden Foytlin, is still rebuilding from the last disaster in 2016 that dumped 18 inches of rain on Rayne and Southern Louisiana in just 48 hours.

For the foreseeable future, it's impossible to predict when and how the storms and the lawsuit are likely to end.