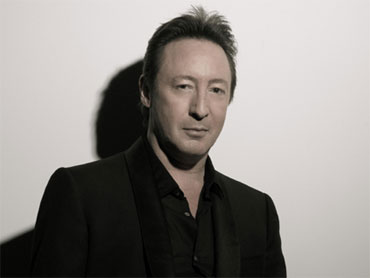 And no matter how much time has passed, that date will remain etched in our minds.

But as heart-wrenching as his murder was, Lennon's spirit has lived on through his music and his offspring, including his first-born, Julian Lennon (John's son from his first marriage, to Cynthia Powell).
Now, after more than 10 years, the singer/songwriter is back to making music and putting his genes of a musical genius to work again.

Julian will perform on The Early Show on Dec. 15, the same day, his company, theRevolution (along with James Scott Cook) will release a four-track EP featuring the charity single "Lucy."

To request a spot at the Julian Lennon "Early Show" concert, click here. Include your full name, the number of people in your party, and contact information in your e-mail.
The song pays homage to Julian's childhood friend Lucy Vodden, who he drew a picture of and inspired the Beatles classic, "Lucy in the Sky with Diamonds."

The EP also will feature an acoustic version of "Lucy," Cook's new song, "Sober" and Julian's "Beautiful" from his new album, "Everything Changes," which will be released in the spring of 2010.